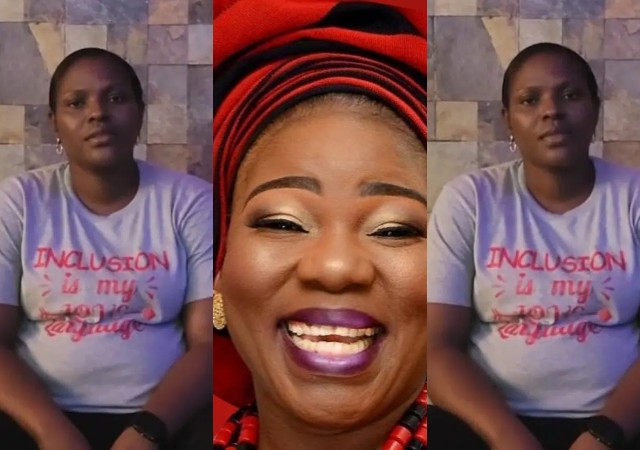 The Family of late veteran actress, Ada Ameh, has released a statement on her funeral date.

We recall that the legendary actress died in the late hours of the night on July 17th.

It was reported that she had suddenly slumped and died while being conveyed to the hospital in Warri, Delta state.

The cause of her death has been stated to be mental issues as well as a sudden heart attack.

Fans and colleagues have mourned the thespian, who was well loved particularly for her role in the family drama, The Johnsons’.

Ada Ameh’s Junior Sister, Abahi has revealed, on behalf of the family, when the actress would be interred.

According to her, August 25th and 26th have been slated for her burial.

“GOODMORNING EVERYONE, MY NAME IS ABAHI, I AM ADA AMEH’S YOUNGER SISTER. I WANT TO THANK YOU ALL FOR STANDING BY US. WE ARE A LARGE FUNCTIONAL FAMILY. WE CAN’T BE WIPED OFF. MY HUSBAND AND I DECIDED TO TAKE THIS INITIATIVE TO COLLABORATE WITH HER TO GIVE ANNOUNCEMENTS AND A FEW PERSONS MISINTERPRETED OUR INTENTION. THERE IS A LOT WE HAVE SEEN IN THE PAST WEEK THAT WE ARE NOT COMFORTABLE WITH. PLANS FOR HER BURIAL ARE ONGOING. WE HAVE FIXED THE BURIAL DATE FOR 25TH AND 26TH OF AUGUST, 2022”.