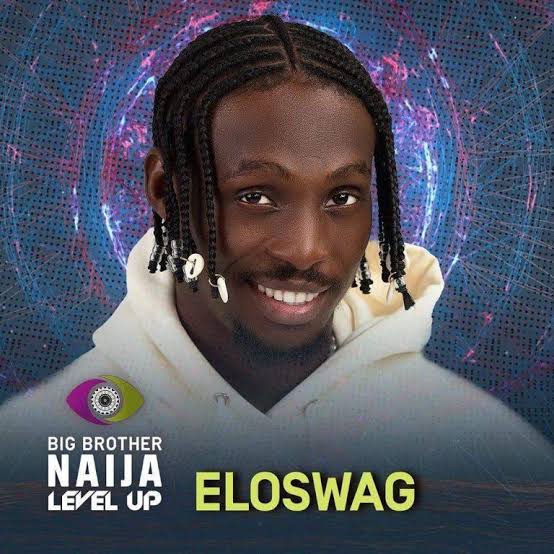 The first Head of House for Big Brother Naija ‘Level Up’ season has emerged.

The 24 housemates who were divided into two and kept in separate rooms came together for their first game.

As always, the 24 housemates were put through several tasks to determine the winner.

Eloswag emerged victorious as he won the two different tasks Biggie gave to them.

They played a game where cashew nuts from a bottle had to be placed inside a bowl.

Eloswag finished on time and as such, won the title of first Head of House.

As the new HOH, Eloswag is sure to enjoy lots of privileges.

The reality star now enjoys bragging rights, immunity from this week’s eviction, and immunity for their level. As the winner, he gains immunity from other housemates at the same level.

Biggie also gave him an order to consult with housemates to determine those who would be placed on eviction.

KFN would keep you updated on housemates to be placed for possible eviction.

We recall that Biggie introduced a twist to the event for Season 7 as he divided the 24 housemates into two.

As fans from all over the world stay glued to their television screen for the second phase of the Big Brother Naija double launch, Biggie introduced a twist to the event.

For the first time, Season 7 housemates had two houses.

The first house didn’t sit well with many as they compared it to Nursery school.

However, fans were highly impressed with the mature look and theme and the serene environment of the second house.

Would the housemates be merged in the future? Only time will tell.

For now, both sets of housemates have been keeping viewers entertained with their content.