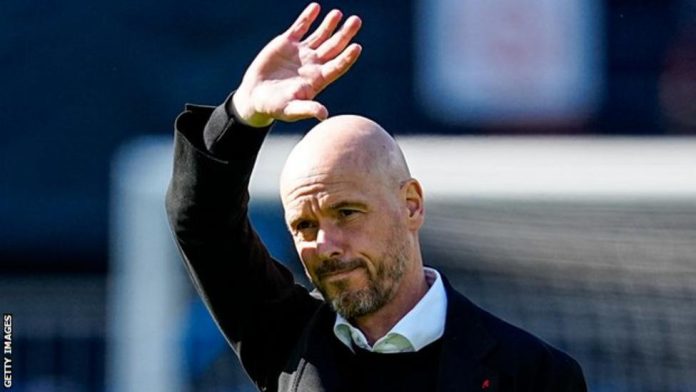 Man United took a 2-0 lead in the first half of the match thanks to an own goal and a volley scored by Jadon Sancho, but they were able to be brought within one goal in the second half of the match. Villa took the lead through Leon Bailey before Calum Chambers equalised in the 93rd minute.

Following the game, Ten Hag told MUTV, “Decent performance in the first half, two nil up and in the second half we came back out of the dressing room and we had to control the game, but we gave it away and that’s no good. That is a lesson.”

READ ALSO
"I think someone has put a curse on us" - Manchester United goalkeeper, David De Gea

“Yeah the players and the team have made a lot of progress. There’s a lot of positives and, in the end a setback, but that is also part of the season. A season isn’t always positive, you will also have setbacks that you have to deal with.”

He continued, “Yeah we’ve played a different type of football against different systems, and I think that will also be the case [in the next friendlies]. We will face two Spanish team so, again, a different approach and what we want is to play pro-active football. We want to play with initiative. We want to play attacking football.”

Speaking on players’ confidence, the Manchester United manager said; “They can have a lot of confidence because they are good. They know that we have to work hard and that we have to play as a team, then we will have good performances.”

“It was a really fantastic experience [to see] so many fans all over the world. That will help us during the season.

“We will work hard for them.”