Home Entertainment Celebrities “I felt betrayed by him in private” Fancy Acholonu sheds light on... 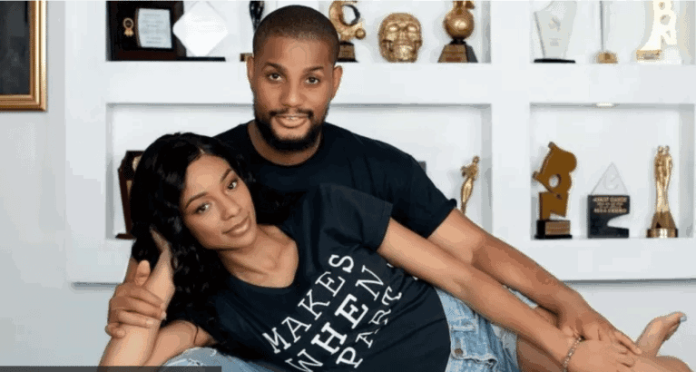 The ex-fiancee to Nollywood actor, Alex Ekubo, Fancy Acholonu has broken silence on the speculations that their relationship crashed over the rumours of her ex being gay.

We recall that on 26th August 2021, Fancy called off their wedding ceremony which was scheduled to hold in November.

While announcing their separation, a part of the social media post read: ‘Everyone should find their happiness and live in their truth.‘

But many people misinterpreted the statement to mean that Alex is gay and was also cheating on Fancy.

In a statement shared on her Instagram page on Friday night, Fancy apologised for the choice of words she used while announcing their split.

She explained that many people misinterpreted the message she was trying to pass across and she apologised for giving that impression.

According to Fancy, living in one’s truth means to be one’s authentic self and live by what a person preaches.

She further stated that she is currently living her truth by speaking up and no longer afraid to be vulnerable publicly on how devastating the situation has been and how much it affected her mental health.

She noted that the reason for their breakup remains personal to her and she has already apologized to Alex for her outburst.

Fancy added that she still cherished the five years she spent with the actor before their engagement was announced online and urged both families to forgive each other. 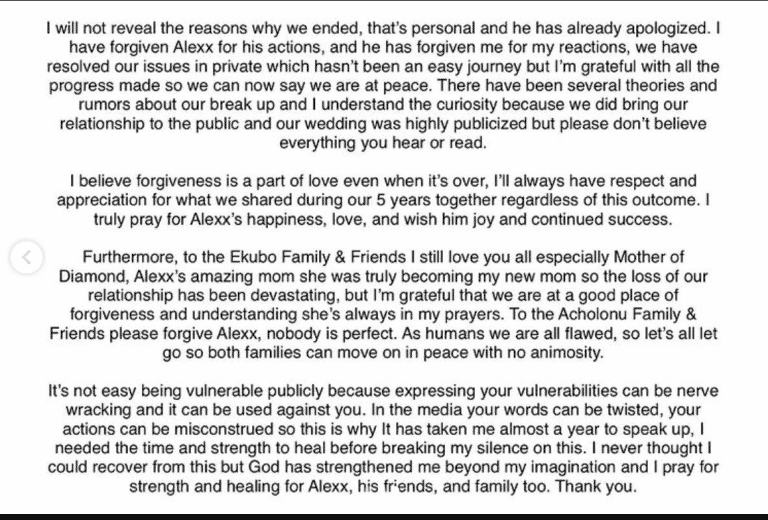 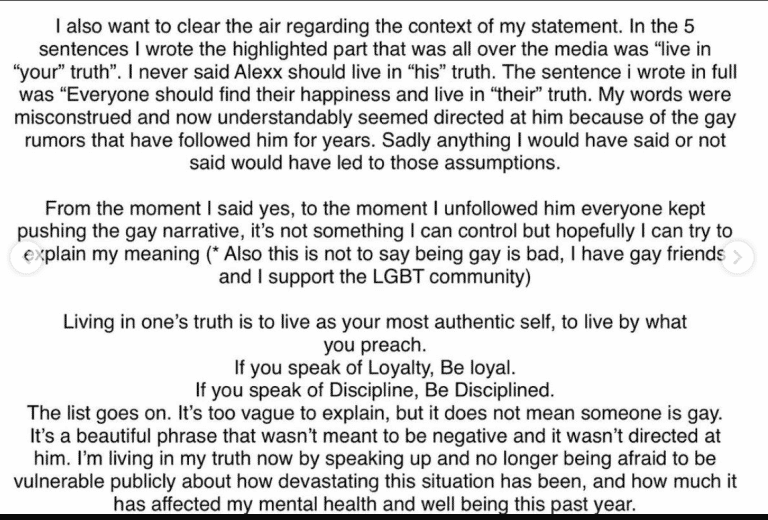