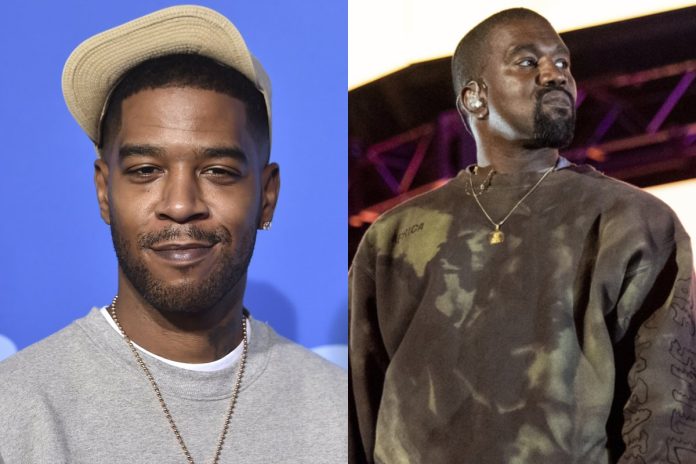 After Kid Cudi exited the stage in the middle of his act due to audience members throwing objects at him, Rolling Loud got off to a bumpy start on Friday in Miami. Meanwhile, Kanye West made a quick appearance during Lil Durk’s performance despite having left the lineup less than a week earlier.

Footage posted to social media initially showed Cudi being hit in the face with what appears to be a water bottle while performing. The “Day ‘n’ Nite” rapper is later shown threatening the audience with cutting his set short due to the behavior. “I will fucking leave. If I get hit with one more fucking thing — if I see one more fucking thing on this fucking stage, I’m leaving,” he says. “Don’t fuck with me.” A water bottle is subsequently launched toward the rapper, prompting Cudi to drop his microphone and walk offstage as audience members began to chant West’s name. (The individual who threw the final water bottle later bragged about the act on Twitter.)

Cudi, somewhat controversially, was chosen to replace West after the Donda 2 rapper pulled out of the festival. (Fans had pressed Rolling Loud organizers to replace West with Travis Scott, leading to a bizarre incident in which one of the festival’s co-founders falsely claimed the event’s venue prohibited Scott from performing due to his association with a fatal crowd surge at his Astroworld festival last year.)

Yet, in true Ye fashion, West still attended the festival, making a surprise cameo onstage with Lil Durk while wearing a full face mask. West performed a segment of his The Life of Pablo track “Father Stretch My Hands, Pt. 1” — a song, fans noted, contains vocals by Cudi.

The move appeared to be deliberate, as the two rappers had a public falling out in February when West blasted Cudi for being friends with Pete Davidson. (The former Saturday Night Live star is currently dating West’s ex-wife, kim Kardashian.) “Just so everyone knows Cudi will not be on Donda because he’s friends with you know who,” West wrote in a now-deleted Instagram post.

Cudi responded by calling West a “dinosaur” in reply to the post, before later accusing West of lying in a series of tweets. “God opens the door so the wrong people can exit ur life,” he wrote on Twitter.

Kanye West sued for $416K by fashion archive for not returning 13 ‘rare, esteemed’ pieces of clothing