Home News “Sister don collect her life from Christ” – Reactions to video of... 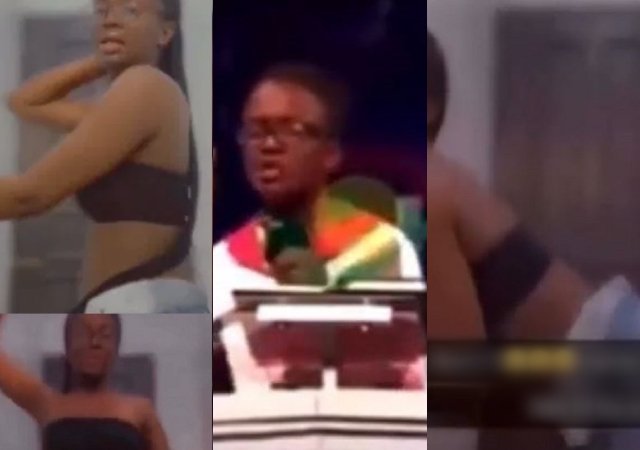 Social media has been buzzing after a video of a young girl twerking up a storm years after she became an internet sensation for preaching the gospel.

The girl was a young participant in Ghana’s TV3 reality show The Pulpit, which helped youngsters between the ages of 10 and 14 in honing their preaching abilities. The reality show debuted in 2013.

Well, years later, a video of one of the young preachers dancing seductively has surfaced online and elicited reactions from netizens.

While many blamed the switch on bad parenting and peer influence, others opined that there was nothing wrong with the video as she’s a child who’s still exploring.

Reacting at @bob_anosike wrote, “She’s still young and trying to explore. Mistakes are bound to happen. It’s all part of growing up so don’t judge her”.

@esther_modella, “As the first hustle nor pay switch to the latest 😂”.

@liras_clothing, “Life has happened to her. I pray she finds her faith back by the grace of God”.

@xhugarheen, “Allow her grow and choose her path. We look at raising good people not religious people !”