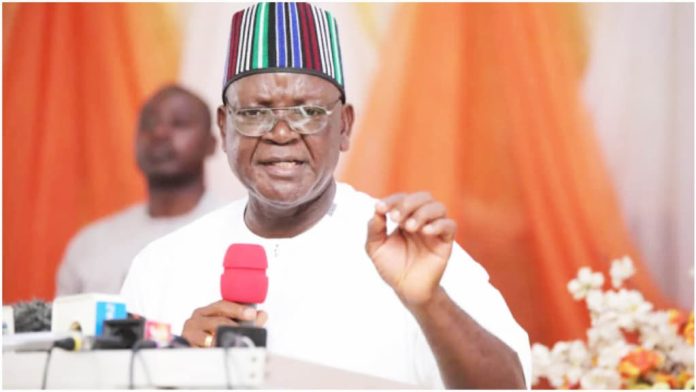 Governor Samuel Ortom of Benue State on Thursday said he and his counterpart of Rivers State, Nyesom Wike are committed to working for the victory of the Peoples Democratic Party (PDP) in the 2023 general elections.

Ortom, however, added that Wike must be pacified by the PDP presidential candidate for smooth sailing of the party ahead of the polls.

He stated this Thursday when he featured on Arise Television programme, “The Morning Show.”

The governor while reacting to the situation in the PDP following the selection of Governor Ifeanyi Okowa as running mate to Atiku Abubakar over Rivers State Governor, Nyesom Wike, posited that the leadership of the party and the presidential candidate were still expected to reach out to Wike for a compromise.

He noted that Governor Wike was key to the survival of the party when others left to join other political parties and must not be treated as if he does not matter, pointing out that ‘the way to go is for the presidential candidate of the PDP to reach out to Wike.’

The Governor said, “Wike was instrumental to the sustenance of the PDP. He was the anchor man. He was also instrumental in my return to the PDP the moment I decided to leave the APC when it started dancing in the wrong direction. Wike and I remain committed to the victory of the PDP at all levels. Once Wike is pacified, we can all work together for the victory of the party.”

When asked whether those in Governor Wike’s camp are planning to leave the PDP. Ortom said, “Wike stood with us at the worst moments of our lives. I don’t like betraying people. When Benue was being devastated by herdsmen, Wike stood with us firmly all through and is still standing with us.”