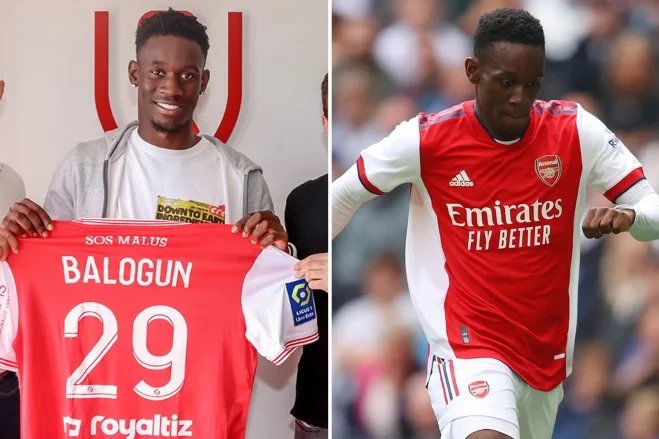 Folarin Balogun has signed a season-long loan with Stade de Reims of Ligue 1. The 21-year-old Nigerian attacker is still in manager Mikel Arteta’s long-term plans after signing a new four-year deal last April that lasts until 2025.

However, the team chose to let him go on loan in order to help him grow through regular play after strengthening their frontline by bringing in Gabriel Jesus from Manchester City. The American-born striker made an immediate impact following his breakthrough when he scored twice in the Europa League from just five substitute appearances.

Balogun spent the second half of last season on loan at Championship side Middlesborough, where he made 21 appearances in all competitions, scoring three goals and assisting three times.

The loan deal at the French club is subject to the completion of regulatory processes.