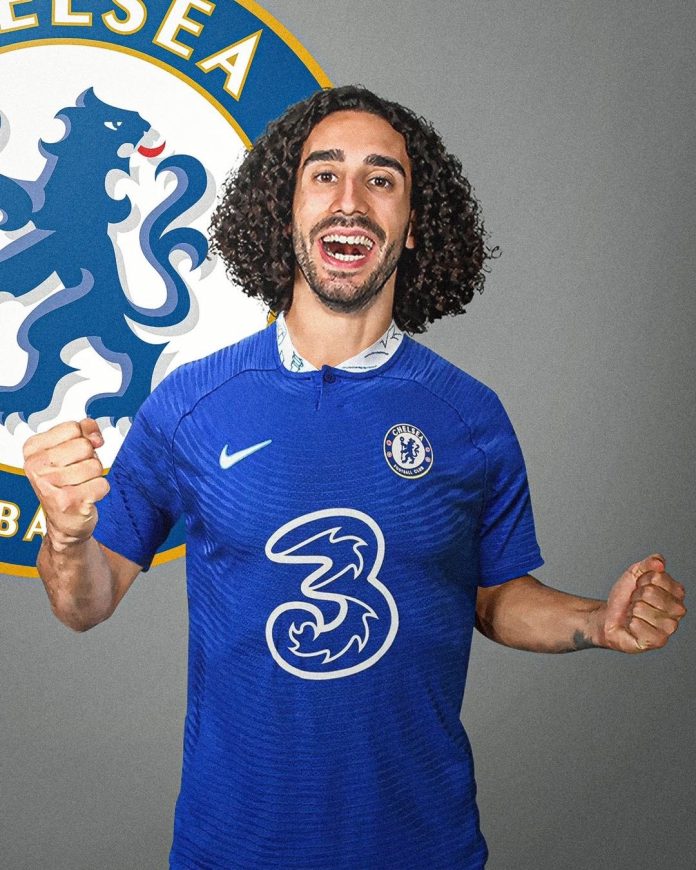 The west London giant were on Cucurella’s tail few days after Man city withdrew their interest in him.

Interest became real yesterday after personal terms was agreed between the player and the club.

Brighton were keen on selling their best player of the season for nothing less than a 50million pounds, after a top notch performance in the just concluded EPL duration.

Top journalist, Fabrizio Romano was the anchor of this transfer as he updated us about the Spanish player’.

Couple of minutes ago, he took to Twitter to announce the departure of Marc Cucurella from Brighton, stating there was an involvement of a Chelsea player in the deal to convince them in selling.

“Marc Cucurella to Chelsea, here we go! Full agreement in place between Chelsea and Brighton for more than £50m. Levi Colwill on the verge of joining Brighton soon. 🚨🔵 #CFC