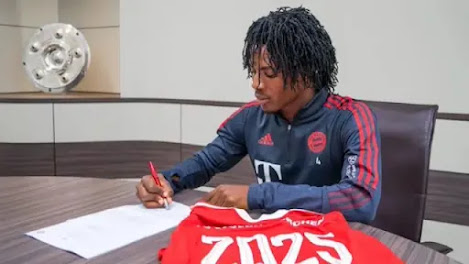 The German Bundesliga champions and the 18-year-old Nigerian have agreed to a three-year contract that will run through June 30, 2025.

He was given the FC Bayern World Squad captain’s hat because of his leadership abilities.

Additionally, Bayern Munich has announced that the promising central midfielder will spend the entire 2022–2023 season on loan at Austria Klagenfurt of the Austrian Bundesliga.

He travelled to Brazil with the Golden Eaglets team for the 2019 FIFA U17 World Cup and made one appearance, coming off the bench in their opening group game against Hungary.

Francis was a non-playing substitute in the matches against Ecuador, Australia, and the Netherlands.