Home Entertainment BBNaija #BBNaija: “I am a threat to them” – Chi Chi speaks on... 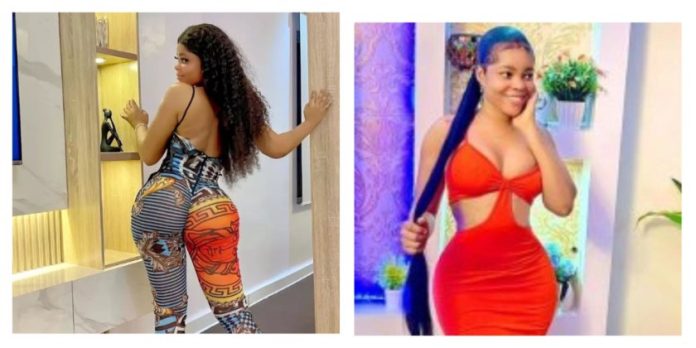 Level 1 housemate Chinenyewa Desire Okoebor of Big Brother season 7 revealed in a video that is doing the rounds in the media that all level 2 housemates saw her as a threat.
The exotic dancer and chef said that other housemates, particularly level 2 participants, constantly talk about her because they perceive her as a possible threat.

She continued by stating that she is aware of her position. She knows she has a high chance of winning, therefore she is not upset when she overhears or sees other housemates talking about her.

To stay in the spotlight might be her strategy, hence the outspoken route she is taking, whatever it may be let’s see how other housemates and their fans react to this statement by Chichi.

As the BBNaija season seven reality show continues to get intense, Daniella has given a hint about losing her v!rgin!ty to Khalid at the ongoing reality show.

It would be recalled that Creebhills reported that Khalid and Daniella were spotted in a steamy moment some days ago, a move that got fans talking.

Amaka and Phyna also teased Daniella on how protection has been missing at the show despite their low numbers.

Daniella now seems to have confirmed that something went down between her and Khalid.

The young entrepreneur during a conversation with Khalid some hours ago noted how it feels to finally be a woman. WATCH VIDEO HERE.