Home News BREAKING: Uduak Akpan sentenced to die by hanging for the murder of... 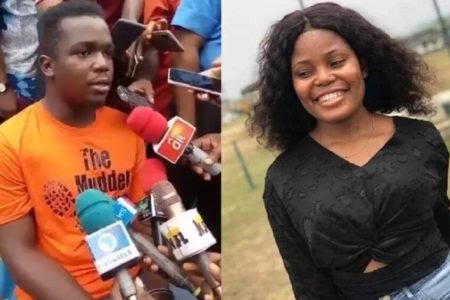 It was reported that Uduak Akpan, the suspected killer of Iniubong Umoren, had on July 26, 2021 pleaded guilty to murdering her.

In 2021, Umoren was declared missing but was later found dead on April 30.

She was said to been lured to meet the suspect over a fake job interview.

The suspect was arrested by the state police command after widespread outcry.

The court reportedly held that Akpan will die by hanging.

Reacting to the development, the deceased lawyer told the press that justice has been served.

The deceased family expressed relief at the judgement.

Recall that when Akpan was paraded by the police in 2021, he admitted that he uses reverse psychology to lure female victims and sleep with them.