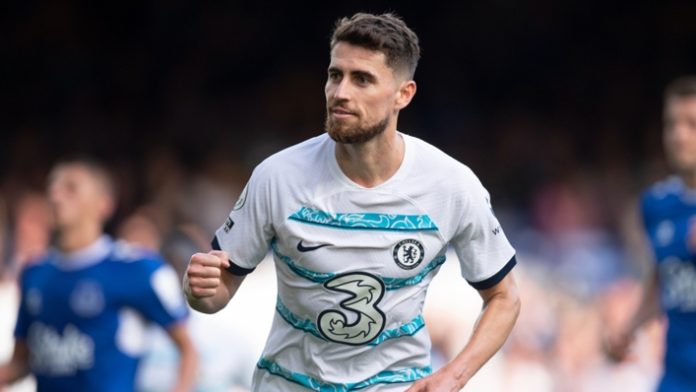 Chelsea’s Premier League campaign got off to a winning start thanks to Jorginho’s first-half penalty, as Thomas Tuchel’s team defeated a resolute Everton to win 1-0 at Goodison Park.

However, Everton’s defense was ultimately broken when Jorginho scored from the penalty spot just before halftime. Despite a better performance after the break, the Toffees were unable to get past Edouard Mendy.

That meant Chelsea won their Premier League opener for a third consecutive season despite failing to produce a fluid performance on Merseyside.

Everton suffered an early blow when Ben Godfrey was carried off with a serious lower-leg injury, but they forced Mendy into the first meaningful save through James Tarkowski’s 24th-minute header.

Chelsea debutant Raheem Sterling was denied by the offside flag 42 minutes in, having stabbed home after Jordan Pickford fumbled N’Golo Kante’s effort, but Chelsea made their dominance count nine minutes into a lengthy bout of stoppage time.

Abdoulaye Doucoure hauled Ben Chilwell down as the wing-back burst into the area, allowing Jorginho to convert neatly into the bottom-left corner as Pickford went the wrong way.

Everton found Mendy in inspired form as they looked to respond after the break, with the Senegal stopper denying both Demarai Gray and Doucoure with strong saves.

Ten minutes of additional time were signalled after a medical emergency in the crowd required a brief stoppage, but Chelsea’s experienced rear-guard stood firm.