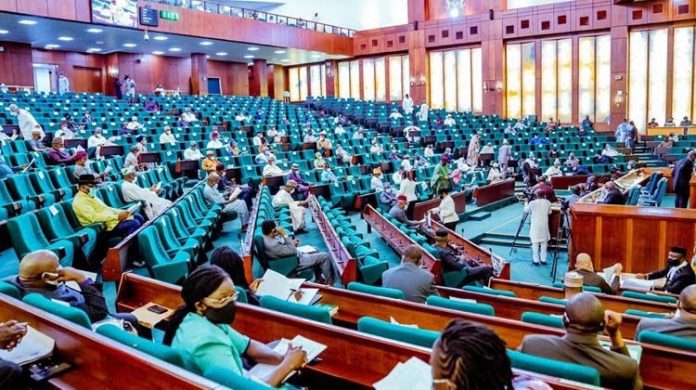 Trans women and men and non-binary people in Nigeria are nervously eyeing a parliamentary proposal that seeks to criminalise cross-dressing.

It aims to amend the Same-Sex Marriage (Prohibition) Act (SSMPA) and defines cross-dressing as the “practice of wearing clothes usually worn by a person of the opposite sex”.

It may not make it to the statute books, but it has highlighted the oppression that the LGBTQ+ community in Nigeria has felt for years.

In 2014, then-President Goodluck Jonathan signed the SSMPA into law. It forbids same-sex partners living together or any “public show of same-sex amorous relationship” among other measures, which essentially criminalises Nigeria’s gay community.

When the SSMPA was discussed nearly a decade ago, the lawmakers said they were simply reflecting the prevailing values of Nigerian society.

“We are protecting humanity and family values. In fact, we are protecting civilisation in its entirety,” one of the backers of the law, Senator Ahmed Lawan, said at the time.

“The cross-dressing bill is a very dangerous bill that is going to affect so many trans and non-binary people.”

Even in the current climate, without any new law, she said she had not been able to live in her apartment for several months “because I got death threats from my neighbours due to them finding out I’m a trans woman on social media when my videos went viral”.

She is now sheltering with friends in another part of the country.

“I get death threats all the time through comments and DMs.”

Bobrisky – probably Nigeria’s most high-profile cross-dressing personality, with 4.5 million followers on Instagram – mocked the efforts to change the law by sarcastically tweeting that it would help solve the country’s security problems and power shortages, as well as improve Nigeria’s reputation abroad and reduce inflation.

Famous drag queen James Brown highlighted the exemption the proposed law would give to entertainers, goading the amendment’s supporters.

“Do your research before you come for me. My job is to entertain… Don’t underestimate the power that I carry. Ask my fans,” she posted on Instagram.

National Assembly member Muda Lawal Ulnar is behind the proposed amendment. He has not explained his motivation, which may only come out when the bill goes for its second reading.

But a comment on a legal affairs website from a supporter of the amendment indicates the logic.

Lawyer Manfred Ekpe said the National Assembly should be allowed to set standards for a “morally upright society”.

As well as citing verses from the Bible and the Quran, Mr Ekpe argued that cross-dressing eroded the moral standards of young people and children.

“There is nothing wrong in making law to prohibit conduct likely to lead to the promotion of offensive conduct or commission of an offence such as homosexuality,” he wrote.

There is clearly the feeling that a man wearing women’s clothes or vice-versa would somehow encourage people to have a same-sex relationship.