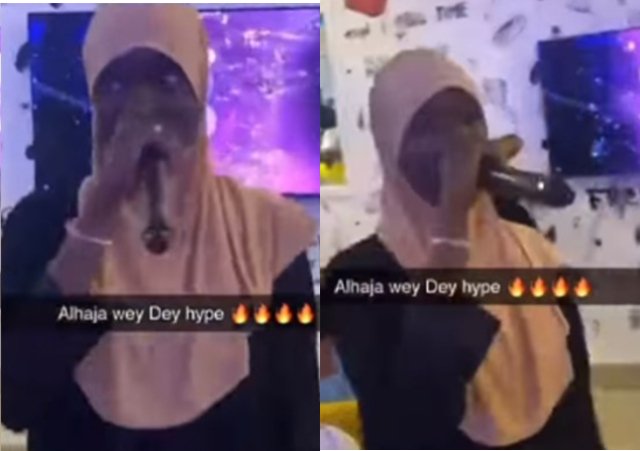 A hijab-wearing woman performing a hype act at a social function is seen in a video going viral on social media.

The young girl, who was wearing a religious veil, performed the hype so expertly and rocked the mic with such confidence that she was praised.

According to reports, the young woman worked as a hype woman at an event that took place in Ilorin, Kwara state.

Read some reactions below;

abayomi_alvin; When you got love for Allah but still gat a lil bit of Naira Marley in you….