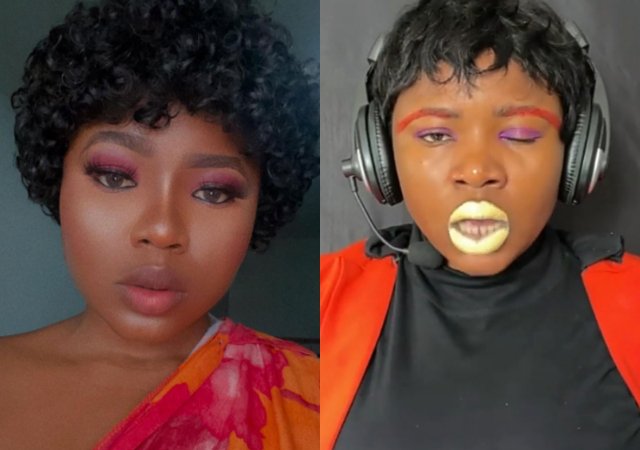 Actress and skit creator Omozele Gabriel, commonly known as Miz Gabbie, has made a stunning disclosure.

She claimed that some of her fans pressurize her for sex.

She acknowledged that she occasionally receives odd requests and comments from fans in an interview with Saturday Beats. They want me to maintain my skit-like demeanor even when I’m being serious.

When I go to get my nails done and the nail tech recognizes me as Flora (another of her roles), they occasionally ask me to act out some of the mannerisms I use in my skits. Some of my followers have even expressed interest in having sex with me on occasion. I don’t reply to these kinds of mails, though.

Recalling how she ventured into skit making, Gabbie said,

“I started in August 2020. It was borne out of my desire to do something because I had ‘wasted’ the whole of the COVID-19 lockdown period. I recalled I had played a character called Flora the previous year, and people liked it. I then decided to bring it back and see people’s reactions. I did not plan to do it for long because I was more interested in acting in Nollywood then. However, I was not getting acting gigs, and it was really frustrating. I just decided to give it a try.”