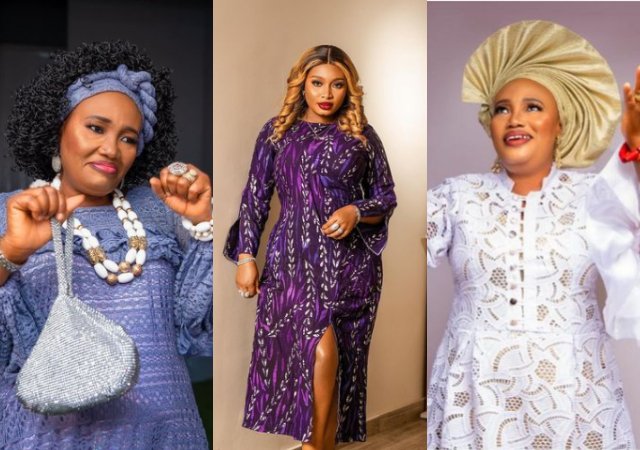 Nollywood actress Bimpe Oyebade Adedeji has written a heartfelt ode in honour of her mother, who turns 63 today, August 5, 2022.

The newly married actress penned a heartwarming tribute to celebrate her mother’s birthday, stating she is obsessed and so much in love with her.

Bimpe Oyebade also declares her undying love for her mother, wishing her a happy birthday filled with love and good wishes.

SHE WROTE: IYA ADEBIMPE.
SO OBSESSED, LOVE THIS WOMAN SO MUCH
THE WOMAN WHO GAVE ME WINGS TO FLY
THE WOMAN WHO SUPPORTS MY EVERY DECISION
THE WOMAN WHO SACRIFICED EVERYTHING
THANK YOU WOULD NEVER BE ENOUGH MUMMY
I LOVE AND GAT YOU FOREVER BESTIE
HAPPY 63 BIRTHDAY MAAMI
IYA DAADA, MY PRAYER WARRIOR

“You will inherit curses if you aid a pathetic ingrate”, Yomi Fabiyi lashes out at Mo bimpe again

S3x for roles: “Game on, You want to destroy the ladder that you climbed to the top” – Yomi Fabiyi reacts to Mo Bimpe’s...