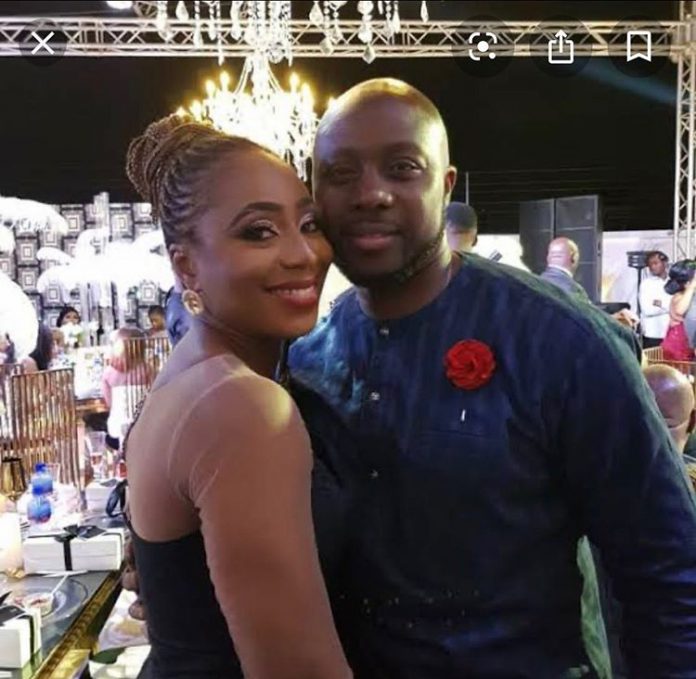 Veteran Nollywood actress, Dakore Egbuson has taken shut down rumours of her divorcing her husband, Olumide Akande as she celebrates 10 years wedding anniversary.

Recall that the actress was rumoured to have been having a crisis in her marriage with Olumide Akande as both stars were said to be thinking of parting ways.

However, in a new twist that all fans would be proud of, Dakore Egbuson has debunk such rumours as she celebrated the 10th lovely year she would be having with her husband via a post on Instagram.

Dakore Egbuson took to the social media platform to celebrate her husband on their great achievement.

The beautiful screen diva while posting the video shaded all her critics as she noted that they start to tell lies once they realize hating isn’t working.

The two love birds were said to have been battling with issues relating to child birth as reports allegedly claim the Akande’s are looking for a son with Dakore Egbuson having just two daughters.

However, Dakore Egbuson has noted that she’s not ready to go into child birth again.

According to Dakore, “I am done with childbearing as there is no plan of having more and I am not going back on this”. I have two lovely daughters and they are ok for me.

Rumours also had it that Dakore Egbuson mode of dressing has also had an impact in the alleged divorce as she was spotted at the recent One African Music Festival in Dubai, wearing a bikini dress and was with her brother and fellow actor, Timini.

A dress sense that the Akandes thought was an affront against marital norms.

However, with the lovely couple now putting all this behind them and celebrating their wedding anniversary, fans and lovers will be glad for the cute family.