Popular Nigeria cross-dresser Idris Okuneye popularly known as Bobrisky has finally reveal the only condition that can make him date a married man. 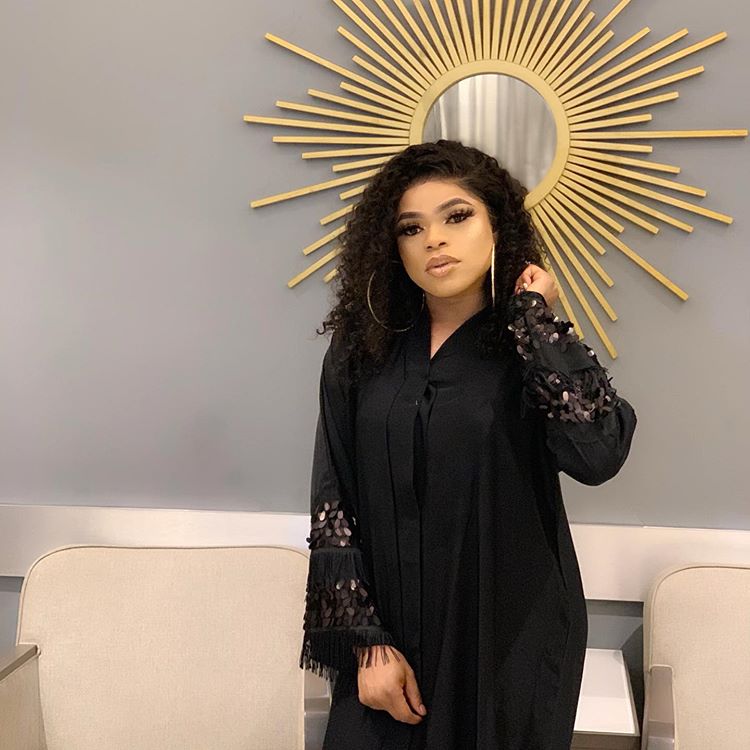 Bobrisky who is also known for his drama on all social media platforms noted the condition the man must be able to to cope with if she agrees to stick with him.

The cross-dresser who is the best friend of actress, Tonto Dikeh stated that if she has to date a married man, they must both have a mutual understanding of what the relationship is all about.

READ ALSO
I am neither bi-sexual nor homosexual, I still date women — Bobrisky (Video)

After much pressure, #Bobrisky gives the only condition to date a married man

Bobrisky caused uproar on social media some times ago after he noted that he has undergone a surgery on his butt during a recent visit to Dubai.

The social media barbie after the surgery noted how much blood he has lost as he stated that he aims to serve his secret boyfriends more sauce this year.

Despite some section of the fans stating that the surgery was an audio one as they claimed she never went through any sort of surgery, Bobrisky took to her Instagram Page to flaunt her new ass to her millions of fans on the Gram.

Bobrisky during her new year resolutions promised all her secret boyfriends that she will be more secretive before noting of her plans of getting pregnant this year.

With Bobrisky now stating her conditions for dating a married man, fans are left to wonder if his secret boyfriends will not be annoyed with his resolution on dating married men this year.

All fingers are crossed whether Bobrisky will flaunt her married man if she finally gets to see one.