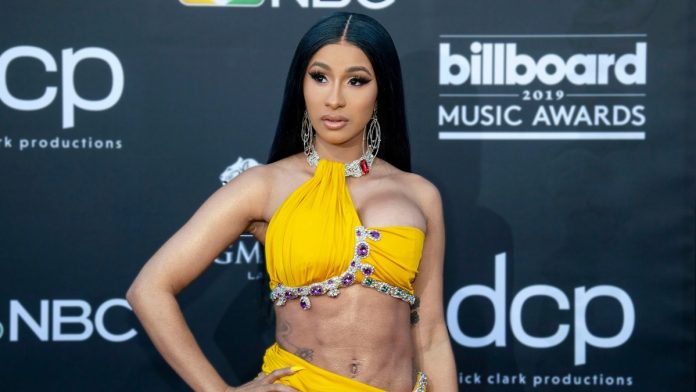 Grammy award winner, Cardi B is not joking with her plans of becoming a Nigerian citizen as she plans on letting her husband, Offset join her in the country. 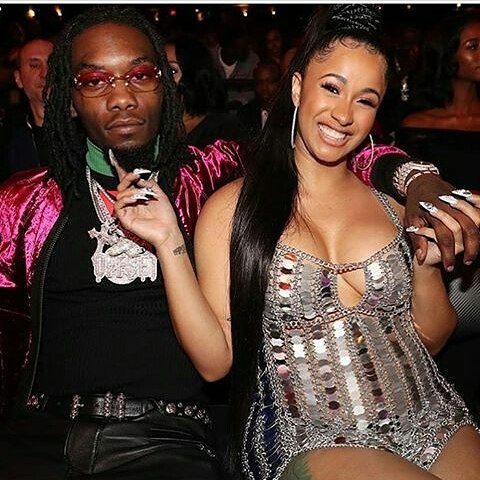 Cardi B cused tension on social media some days ago after she noted of her plans to file for a citizenship of Nigeria following the recent happening in United States.

With the matter not settling anytime soon, Cardi B has now taken to micro blogging social media platform, Twitter to state her plans of bringing her husband, Offset along with her.

Cardi B who visited Nigeria in 2019 posted a cute picture of her husband, Offset dressed like a ‘Yoruba’ man and captioned it with a message to fans to please beg him to come with her.

Fans and followers of the award winning singer and rapper will be hoping she and her celebrity husband can convince themselves to make the trip to Nigeria. 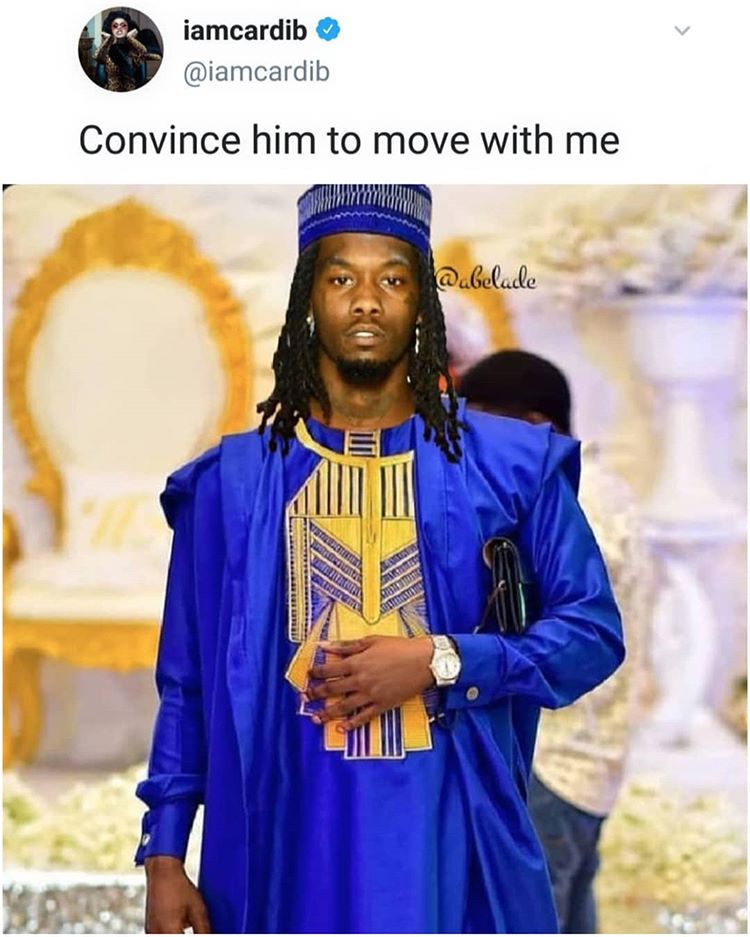 With the sad event in Iran generating more commotion among citizens of both nations, an $80 million bounty has been placed on US President Donald Trump’s head after he ordered the killing of Iran’s General Qasem Soleimani’s assassination, according to reports.

This was revealed during the televised funeral of the top Iranian, official state broadcasters said one US dollars would be tabled for every Iranian in the country, with the cash going to whoever killed the US President.

Reports although have it that it was the eulogist at the funeral procession for General Qassem Soleimani that placed the $80 million bounty on President Donald Trump’s head on live state TV, according to Al Arabiya.

However, contrary to some reports, the government of Iran itself did not place a bounty on Trump’s head

Soleimani, Iran’s preeminent military commander, was killed on Friday in a US drone strike on his convoy at Baghdad airport.