A man in his 20s was stabbed outside singer Naira Marley’s concert last night at London’s O2 Academy in Brixton.

Daily Mail reports that the Police officers and an ambulance rushed to Stockwell Road, Lambeth, at around 9.40pm to reports that a young man had been stabbed outside the venue where the artiste was playing.

The concert was allowed to go ahead, however, many were left furious and confused outside the hall after they staff shut the doors and refused to let anyone else in.

The Metropolitan Police UK, in a statement via twitter said:

“We were called to Stockwell Road, #Lambeth at 21:41hrs to a report of a stabbing. Officers and Ambulance attended and treated a man in his 20s with a stab wound.”

READ ALSO
If she cheats on you, go and collect the bride price you paid – Actress Adaeze Eluke advises

Despite.the awful incident, Naira Marley gave fans the best time they would have hoped for as he continue his dominance from where he left last year.

The singer and songwriter was also hailed by veteran female act, Tiwa Savage as she called him the President.

Tiwa Savage took to her Instastories to gush about the ‘Soapy’ crooner as she captioned a lovely picture of the singer with the President tag. 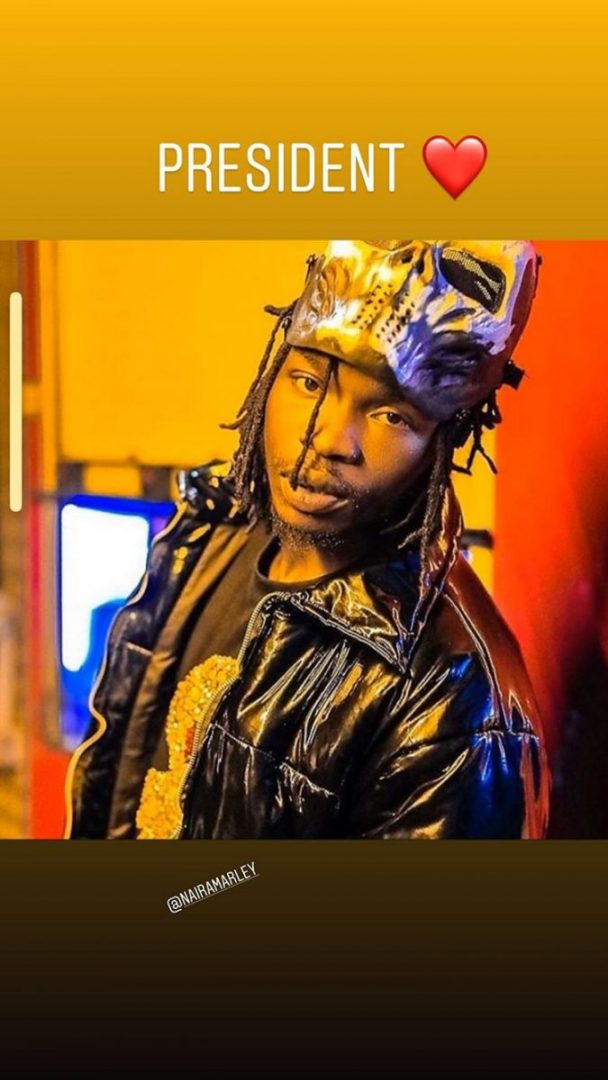 Naira Marley have also noted in the past that he’s the first President with dread and with Tiwa Savage recommending him, it’s a matter of time before the singer join a political party so as to fulfill his ambition in leading the country.

Princess Vitarah Claims Her Tweeter has been Hacked, after Tweets of her Shading Tiwa...

Johnson Olumide - February 17, 2020 0
The La based rapper who dropped a mega Hit Single  Nigerian P**y that has been rocking airwaves for some days now and also recently...

Johnson Olumide - February 18, 2020 0
The Tennis Ace Player who is currently on break from major tournaments shared this beautiful throwback photo of her sitting in front of a pool in a...

Etinosa Is A Good Person, Instead Of Blaming Her, I’d Rather Blame Myself’ -Daddy...

Johnson Olumide - December 15, 2020 0
Free at last, is the perfect word to describe what Omah Lay and Tems would be saying at the moment. The two Nigerian Artiste have...

Johnson Olumide - April 24, 2018 0
Just a few hours after the eviction of housemate Nina, and the end of the reality tv show, One of the major contenders Nina...