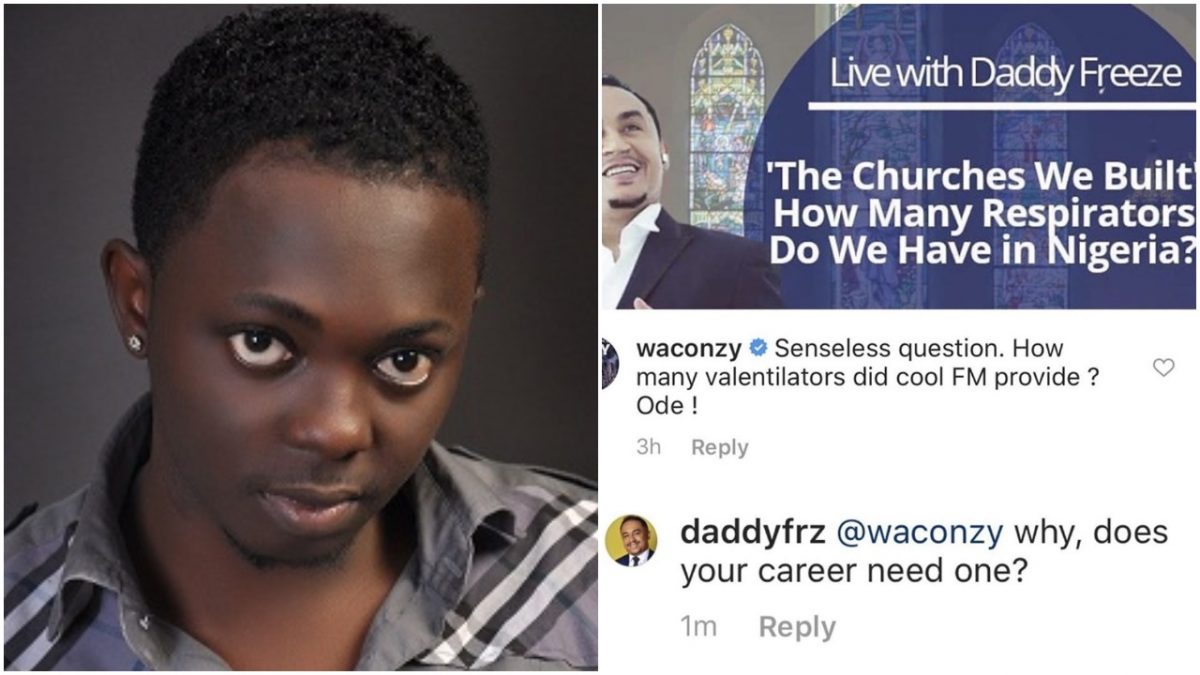 Daddy Freeze which is known for coming after pastors and prophets shades a singer on social media.

Firstly, Daddy Freeze is set to leave Cool FM soon as he say that on his Instagram page.

In addition, the on air radio presenter says that pastors should find a way to provide for less priviledged at this time.

He also says that ventilators should be provided in worship centers as relief materials.

Also, Obinna Kelvin Anyanwu which likes to be called by his stage name, Waconzy.

He is a talented singer, songwriter, record producer.

And philanthropist with family roots in Umuahia, Abia State.

He is the founder of Dv8 Media and the Waconzy foundation also in the same state.

Recently, with an ever increasing social media fan base totaling to over 300,000 followers in all his pages.

Waconzy still remains up in his game.

His songs have been used in reality talents hunt shows like MTN project Fame, CNN Focus Africa and lots more.

Waconzy is very talented and this makes way for him.

He has a great fan base and global recognition.

Also, he has shared stage with great singers in his field both home in Nigeria and abroad.

Now, the new gist is how Daddy Freeze shades him on the internet.

Many people react to the savage by Daddy Freeze

Some says he is a savage lord

Others were like nobody can beat Daddy Freeze in a savage competition.

Recently, there is a news that Johnson Boris is now positive to the deadly virus.

The world is scattering already.