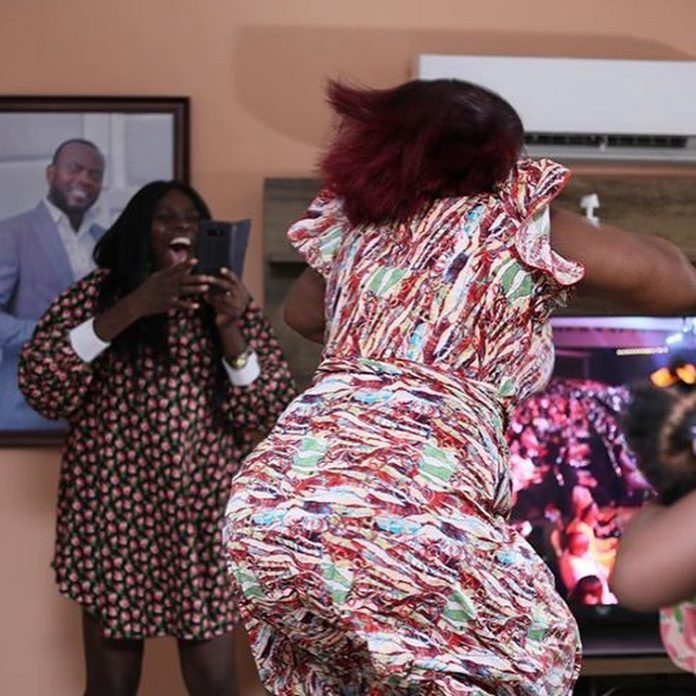 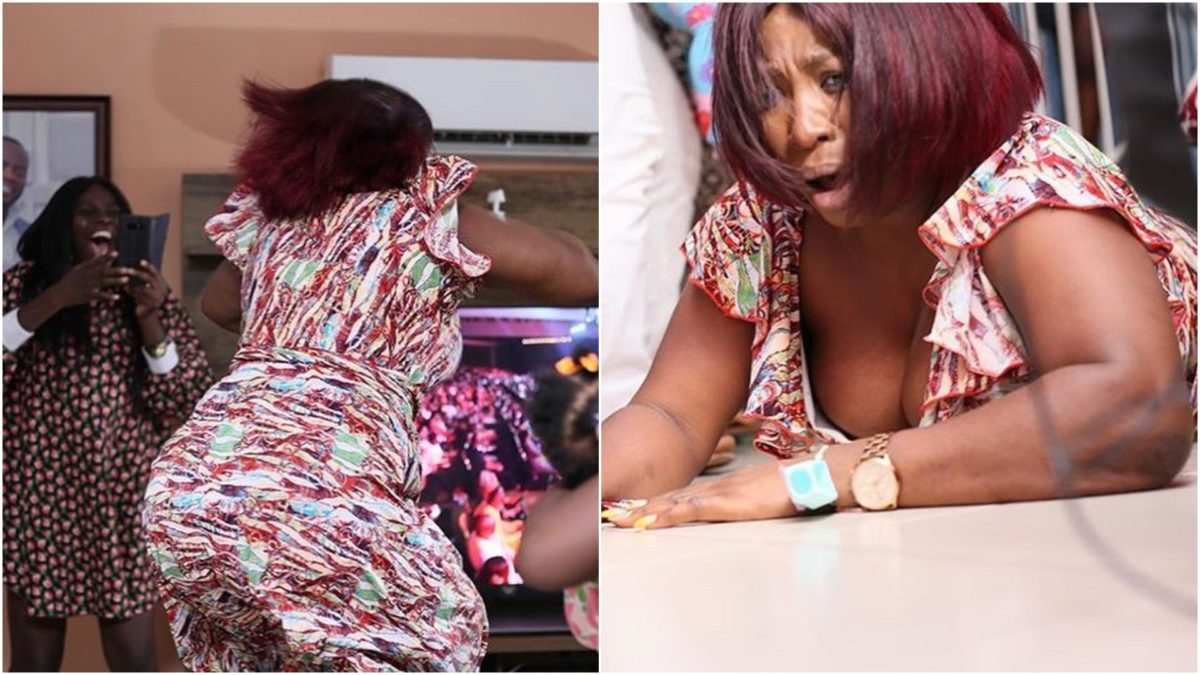 Nollywood actress and star actress, Gloria Sarfo celebrates at the award crowning event as her movies get recognition.

At first, it as been ten years ago when she shot the movie in 2010.

Photos show how she is jubilating after her big win at the ongoing event in Lagos.

She was very glad as she dances with much excitement on her face.

Many other celebrities get awards for their role in the movie industry.

Gloria Sarfo has been in the movie industry for as long as any of us can bring ourselves to remember.

She was deservingly recognize by The African Magic Viewers Choice Awards.

Further more, she briefed the media after the event.

”I have not just been eyeing the AMVCA, I’ve been aiming at it. Its one of the biggest and hugest award schemes in the world especially in Africa. And every actor wishes to be a winner or a nominee of the scheme.” Gloria stated.

“This has been long overdue. Its been over 2 decades in the industry. It has been tough on me. Its been a roller coaster journey.” The movie star added.

READ ALSO
Khloe Kardashian flawless for Harper's Bazaar, talks about fashion designers saying 'I just can't work with you'—because I was too big

In conclusion, here is the pictures of the star actress jubilation.

Gloria Sarfo’s role in “Perfect Picture 10 Years Later” makes her the Best Actress in Supporting Role. . Photos show how she is jubilating after her big win at the ongoing #amvca2020

Johnson Olumide - March 21, 2020 0
The screen goddess told Variety Magazine that she would have probably risen to the top faster if she was a man. She stressed the...

Johnson Olumide - February 16, 2021 0
Bank sort codes are codes specific to different banks. GTB also has its own sort codes for every of their branches called GTBank sort...