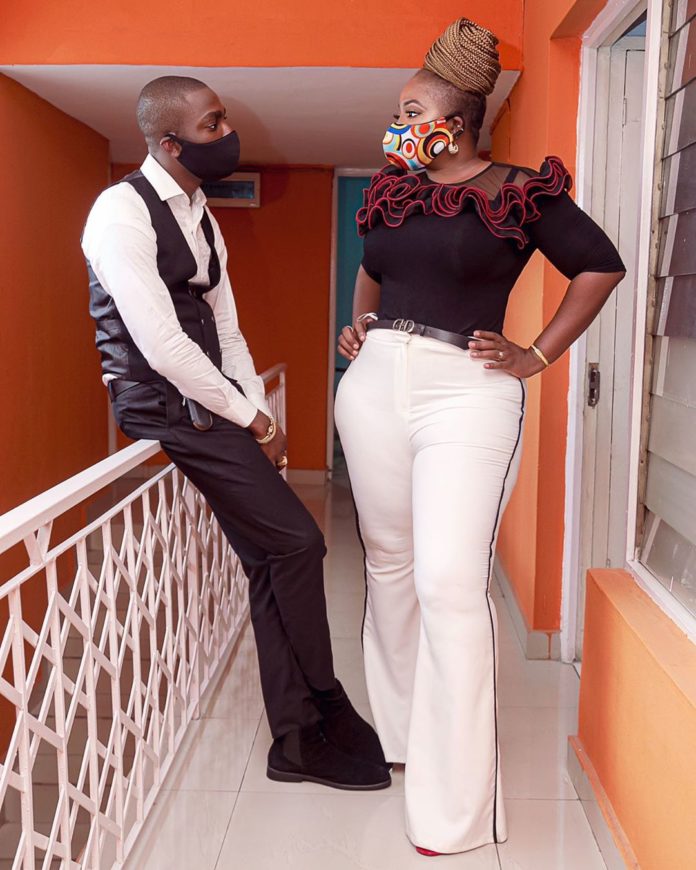 Popular Nollywood actress and on screen character picks fight with a fan over face mask.

Anita Joseph is an actress and also a celebrity that has been acting for a while now. 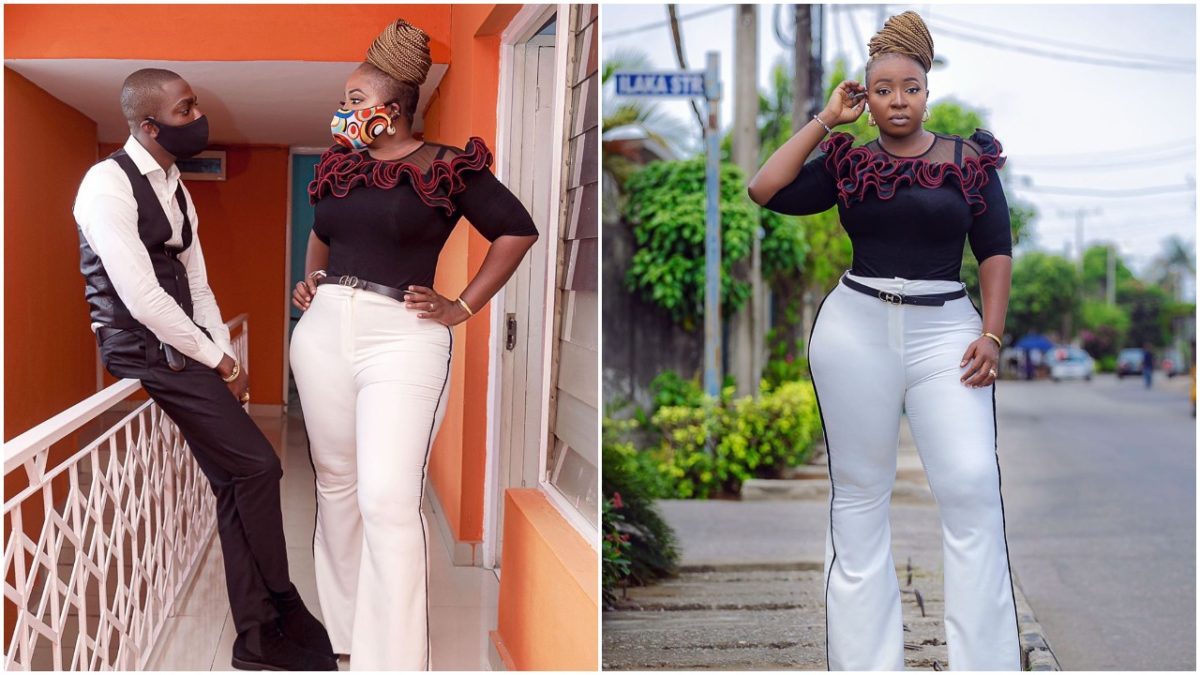 Anita is a popular Ibo girl with lots of endowments; both physically and mentally.

She love to act and also bring up the energy when she is acting on set.

Before her marriage, she is up and running on Instagram showing herself and flaunting her assets.

The actress got married to her love of her life lately and she has been enjoying herself.

One time she says she loves her married life which is far better than single life.

Moving to the gist of about her right about now, she wears a face mask with her husband in their house.

She posted a picture of herself with husband wearing face mask both.

A fan reacted that she doesn’t have to wear the face mask in the house.

“Nigerians you people are very local. Why dressing with face mask,” the fan commented.

As well know who the actress is, she serves it hot hot for her critics.

She doesn’t take no for an answer also she doesn’t like body shaming from any body.

Another fan says she is just unwise to post such picture on her social media page.

Anita replied them without hesitation.

She says the fan should also do her own stuff in her house and post online.

She added that the fan is a big fool that she used to wear face mask in Uber and why now attacking her. 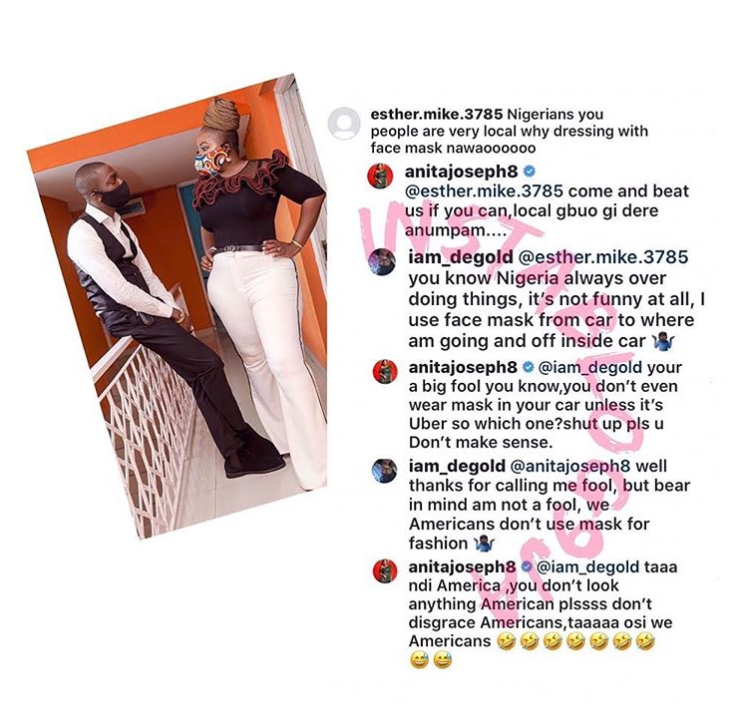