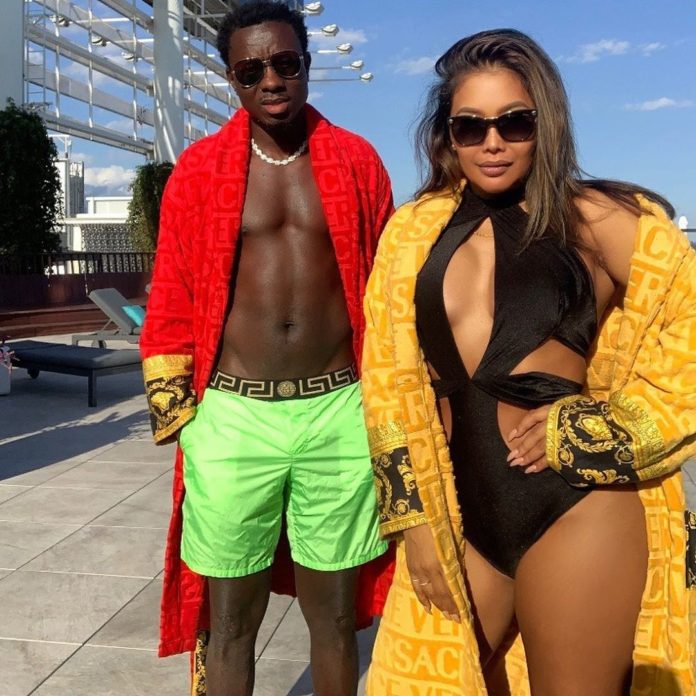 Micheal Blackson is a Ghanaian celebrity and comedian which is a very good one at what he does. 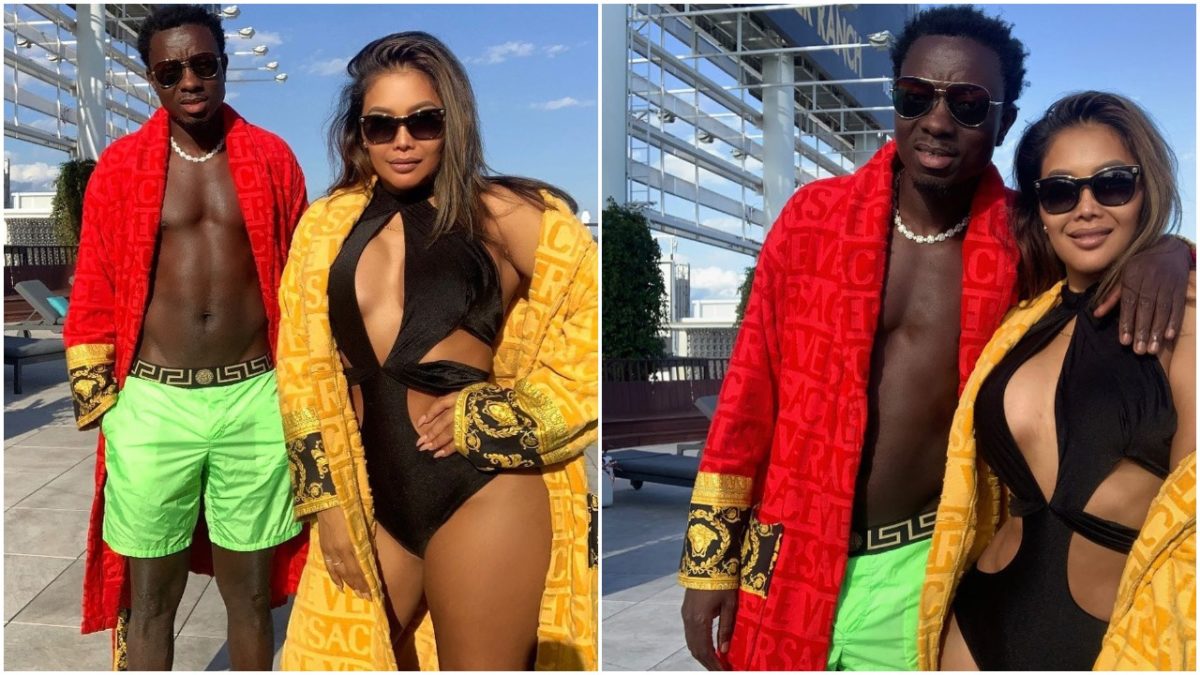 Michael Blackson who is also knows as the African King of Comedy has been entertaining audiences all across the country.

And in Ghana, Togo and all over the world.

Although they do call him African king of Comedy but he cannot stand the likes of Nigerian comedians.

The likes of Bovi is enough to swerve him off his feet.

And also the new up and coming comedian, Kenny Black will also beat him if they go into comedy competition.

Micheal has been spotted with his wife just beside a pool having fun together.

The Ghanaian celebrity shows this off on his official Instagram page.

He says his wife is the best that could ever happen to him ever since he is into the business of stand up comedian.

Moving forward, nothing like a woman that allows you to be yourself. If you can’can’t beat them join them

Many of his fans has been hailing the black celebrity about bragging with his wife despite Coronavirus outbreak.

Just as everyone couldn’t love you, also he has received some spike from his fans as well.

Some says there is no green card for both of them. This will be interesting as you are showing off your wife already.

Blackson is not really concerned as he loves what he is doing at the moment and not for anyone.

He is the man of the moment and he loves to enjoy himself while it last.

Check out the cute pictures of himself and the cute wife together.

Nothing like a woman that allows you to be yourself. If you can’t beat him join him. @mzradadarling