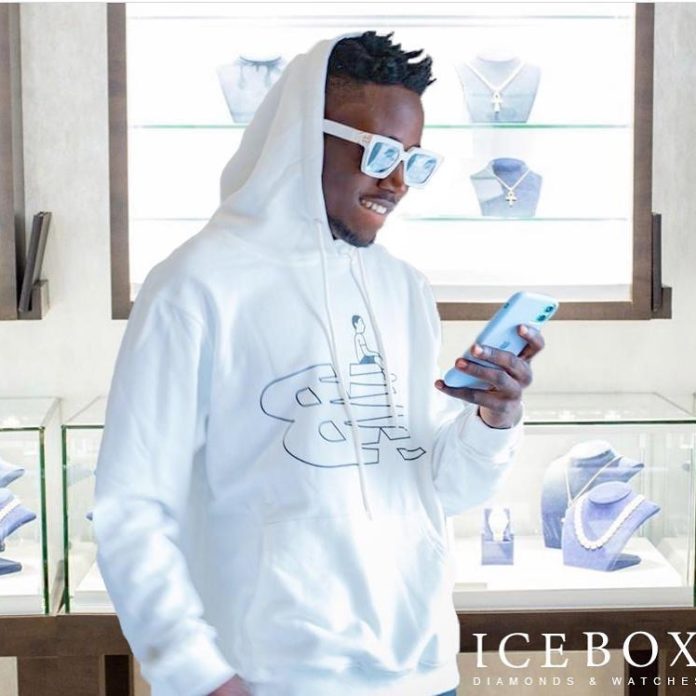 Father DMW who is part of Davido’s crew has sent his appreciation in form of a post.

In his statement, he made it clear that it was God and some people that made him where he is today.

He, however, made mention of different singers, music stars and celebrities.

Eva, however, is an American model who is just 19 years of age as at her last birthday.

The two celebrities vibe during this pandemic outbreak.

And it all started with Instagram live videos until the two of them vibe together.

Many of Father DMW’s fans have been saying that they should both go into a relationship because they are cool together.

The little girl, however, loved the time he always spends with Father DMW on social media videos.

In his statement, he says he was roaming the street of Lagos before some people decided to help his career.

He made mention of his boss, Davido and some prominent celebrities in the country.

“Abeg Say My name one more time so I know I’m not dreaming. God bless Davido, Zlatan, Michaelblackson, My followers and everyone that have been supporting me. He concludes.

Appreciation Post….From riding okada in Lagos, washing cars for Celebrities to becoming an Influencer & Now Nigerian & American Celebrities all Know My name…. Abeg Say My name one more time so I know I'm not dreaming …God bless Davido, Zlatan, Michaelblackson, My followers and everyone that have been supporting me .? #Appreciationpost

Johnson Olumide - March 21, 2020 0
Nollywood actress and filmmaker, Rosaline Meurer flaunted her flawless cleavage in a scandalous outfit. The pictures have left her followers falling head over heels as...

Violette - August 5, 2020 0
Popular celebrity fashionista, Toyin Lawani have taken to social media to share how she went through pain when pregnant with her first child. The adventure...

Violette - November 10, 2019 0
The rate at which the Nigerian Celebrities are taking over the fashion industry is raising on a fast level as they ain't giving chances...

I can not believe this man is a pastor – Georgina Onuoha calls Osinbajo...

Johnson Olumide - June 27, 2018 0
Nollywood Actress, Georgina Onuoha who is U.S. based has slammed Vice President, Yemi Osinbajo. He had said there will be resettlement and rehabilitation for farmers...