There has been news around the IPOB leader and front runner of the organisation. 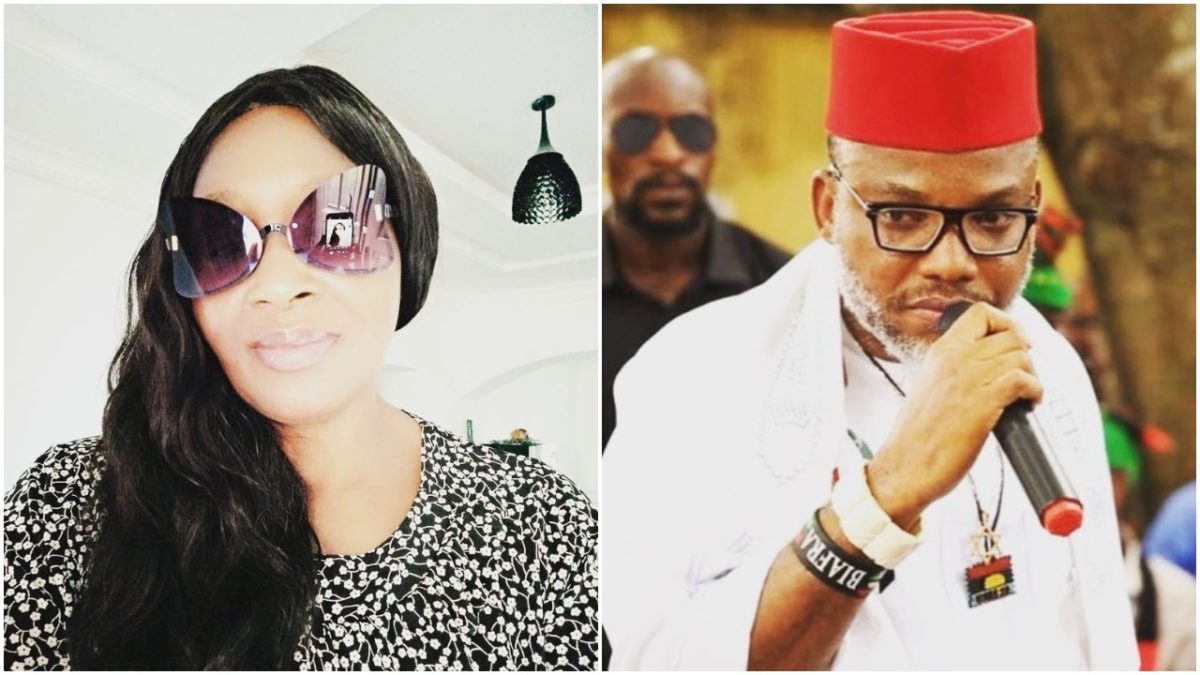 In 2015, the organisation took a new shape as they came out in their numbers to protest against the Nigerian government.

Following the trend of the independent journalist, Kemi Olunloyo.

She has been reporting that the leader of the organisation is dead long ago.

In her statement, she says Kanu should stop tweeting from the grave.

You remember that the leader of the Independent people of Biafra says Nigeria is a zoo.

He also accused him of been dead and a different person is leading the country.

He cited some examples of how he said Buhari is dead and someone from Sudan is leading the country.

From Kemi statement, she says Kanu should stop talking from the grave.

And just like Michael Jackson is doing from his own grave.

Kemi said if he is still alive, he should use other social media platforms to express himself.

The independent journalist however does not seem bothered as she says no IPOB member should come after her.

“I lost my parents because of this fight yet, they are not satisfied. They want me dead–Mazi Nnamdi Kanu”

READ ALSO
Nothing but Joy! Davido Celebrates Wizkid As He Turns 28 Today

You’re already DEAD.
“DISCUSS ON FACEBOOK AND TWITTER. I DON’T WANT IPOB SUPPORTERS ON MY INSTAGRAM WHICH IS A PRIVILEGE PLATFORM FOR ONLY MY EDUCATED FOLLOWERS.” She says.

I lost my parents because of this fight yet, they are not satisfied. They want me dead–Mazi Nnamdi Kanu 31/5/2020 Nnamdi STOP talking from the grave like Michael Jackson when he heard of #Covid19. You're already DEAD. #ripnnamdikanu DISCUSS ON FACEBOOK AND TWITTER. I DON'T WANT IPOB SUPPORTERS ON MY INSTAGRAM WHICH IS A PRIVILEGE PLATFORM FOR ONLY MY EDUCATED FOLLOWERS. #kemitalksgovernment #DrKemiOlunloyo

Violette - November 14, 2019 0
Adidas is absolutely looking gorgeous on Regina Daniels and she rocks it amazingly and effortlessly as she wears it from up to down in...

Violette - August 14, 2019 0
Pretty Rocky’s worst nightmare has come to past. American Rapper, ASAP Rocky has been found guilty by a Swedish Judge today on charges of...

Cee-c goes braless as she wows In Super Chic Photos

Johnson Olumide - March 21, 2020 0
The BBNaija Ex housemate, Cynthia Nwadiora known as Cee-C wows in breath-taking, enthralling and mouth-watering photos. She stormed us again, as she gorgeously stuns in...

Johnson Olumide - December 13, 2018 0
In spite of the temporary setback he suffered a few days to his much anticipated ‘Omo Better Concert’ which held penultimate Sunday, after he...