Home Entertainment Marriage is the biggest scam in Nigeria, bigger than 419 – Kemi...

Controversial Nigeria journalists, Kemi Olunloyo have revealed a shocking statement about marriage in the country as she label it the biggest scam.

consistent in digging up some notable fact about relevant issues.

biggest scam in the country.

agency, EFFC have to arrest married couples in the country before arresting

fraudsters and the so called ‘Yahoo Boys’.

relationship status that way and not make the biggest mistake of their life by getting married.

now divorced, she added that female should buy a sex toy and enjoy themselves

instead of getting hooked in a marriage.

always pleased with her opinions.

about marriage and why female should remain single forever as she’s been facing backlash for some of her statement in the past few days. 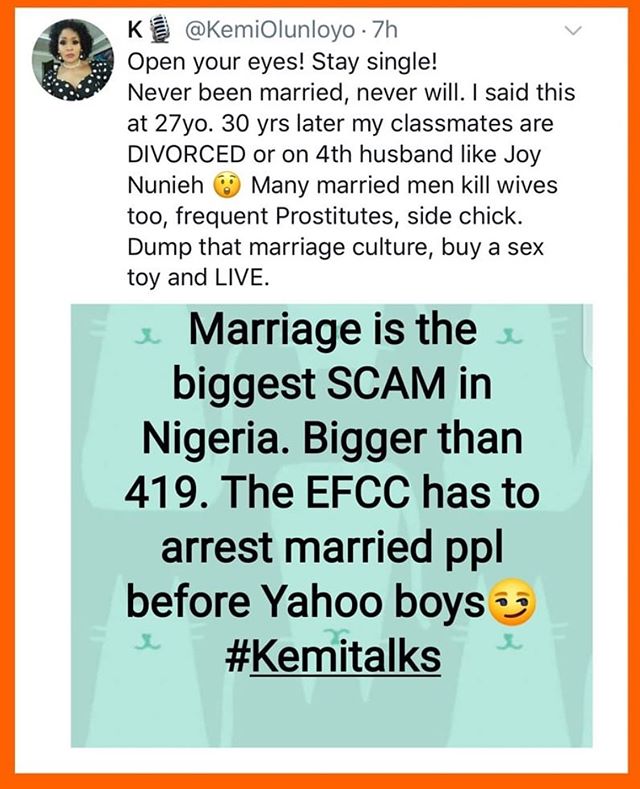