Home Entertainment Everyone should wash their own pant – DJ Cuppy order fans amidst...

Talented female disk jockey, DJ Cuppy have joined the list of top personalities in the country to react to the drama involving BBNaija ‘Lockdown’ housemate, Neo and Vee.

Ever since Neo was caught washing Vee’s pants at the ongoing reality show,

celebrities in the entertainment industry.

Media personality, Toke Makinwa had earlier stated that she’s looking for who will

be washing her pants and it seems DJ Cuppy is not a fan of this.

Reacting to the news, DJ Cuppy took to her official Twitter page to urge every woman

on her timeline to wash their pants themselves.

Please EVERY person wash their OWN pant themselves! ? 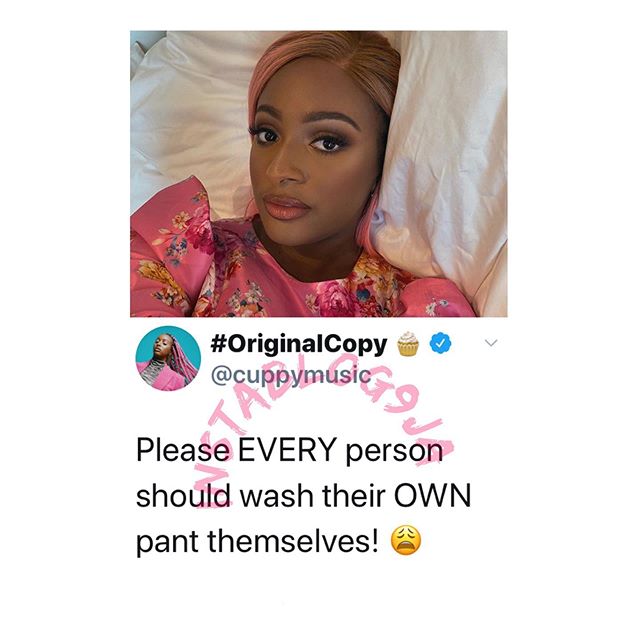 and hope this does not affect his voting at the finals coming up in some days time.

Meanwhile, DJ Cuppy is still receiving airwave across all streaming platforms for

the hard work put in her debut album ‘Original Copy’.

her for the calibre of artiste she has featured in it.

as her father, Femi Otedola, gifted her a customized Ferrari alongside

her other two sisters.

The Ferrari which has cost a lot of fortune raised eyebrows on social media as top personalities pray for such gift.

Nengi dragged for cropping out Friend Vee from a picture