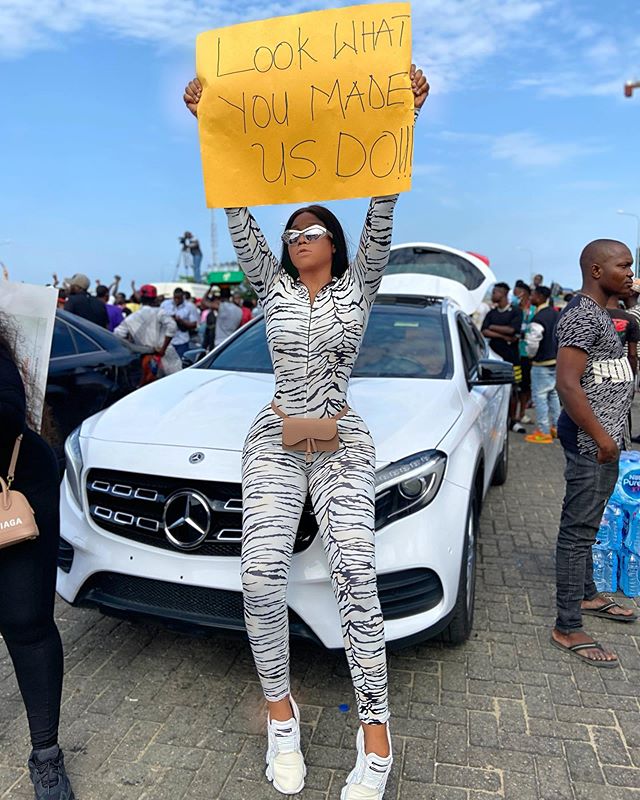 Nollywood actress, Lilian Afegbai have attacked fans who called her out on social media for the way she dressed to the ongoing EndSars movement going on in the country. 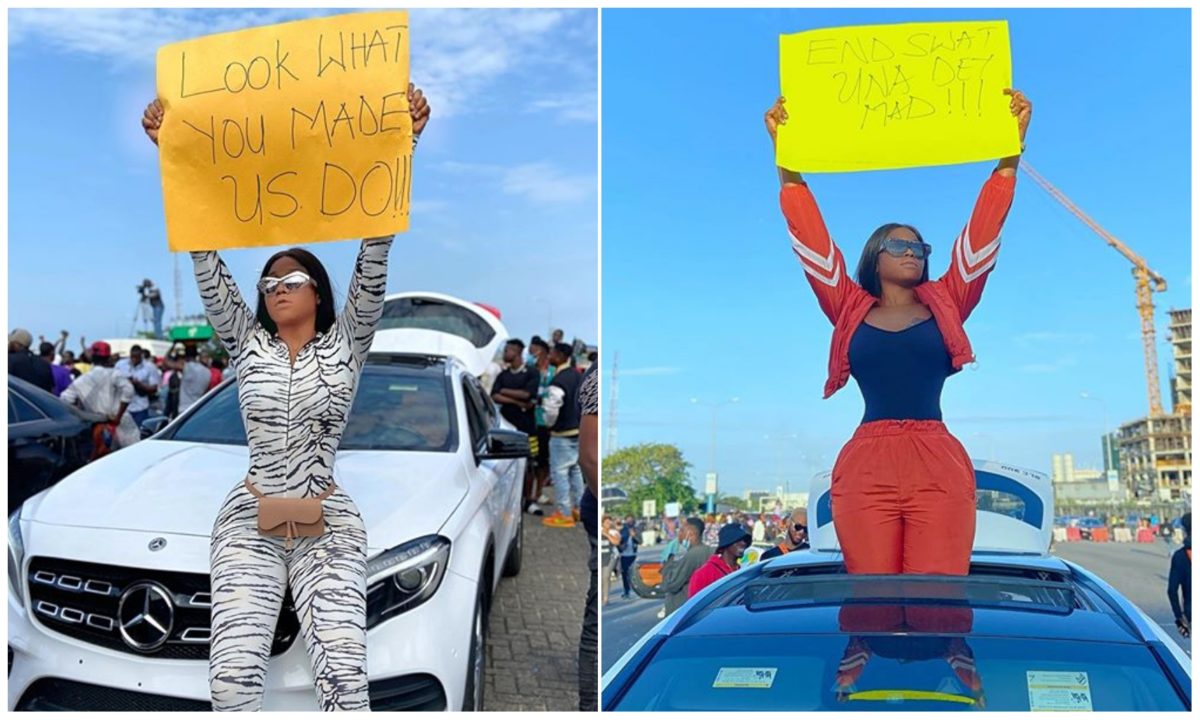 Just like top personalities in the entertainment industry, Lilian Afegbai

that had some words inscribed on it.

However, Lilian Afegbai ignited the wrath of some fans on social media when she

cloth to the protest ground.

Not too pleased with this, the beautiful screen diva attacked the so called fans

to the protest ground.

the protest ground as she added how difficult it is to stand in the sun for hours.

in the name of protest.

See video of Lilian Afegbai attacking the fans below:

her designer cloths at the ongoing protest in Lagos.

She however fired back at the fans who stated such statement about her presence at the protests as she continue speaking out against the Government.

Actress Lilian Afe blasts those who attacked her for wearing fancy clothes to #Endsars protest. . Notice the switch in accent? She went from Kim Kardashian to Agbero real quick!! ??

Johnson Olumide - April 18, 2018 0
A budding Nigerian singer,Shuga Shaa showed off his newly acquired sex doll .He named her Tontoh and said he won’t have to deal with...

You are lucky we let them bail you – Runtown blasts Dilly of Eric...

Johnson Olumide - April 22, 2018 0
The beef between singer Runtown and Eric Many label boss, Dilly Umenyiora is getting messier by the day. Runtown has taken to Twitter to...

Violette - July 2, 2019 0
Shortly after the April 30th meeting of Nigeria’s president, Muhammadu Buhari and US president Donald Trump, shocking reports have emerged that the later referred to Buhari as “lifeless”....

Johnson Olumide - February 3, 2019 0
Nigerians on Twitter have reacted to Vice President Yemi Osinbajo’s narrow escape on Saturday after a chopper conveying him to a rally crashed in...

Johnson Olumide - November 17, 2020 0
There is a saying that teach a man how to catch fish and not to be giving fishes to a man. That same word expresses...