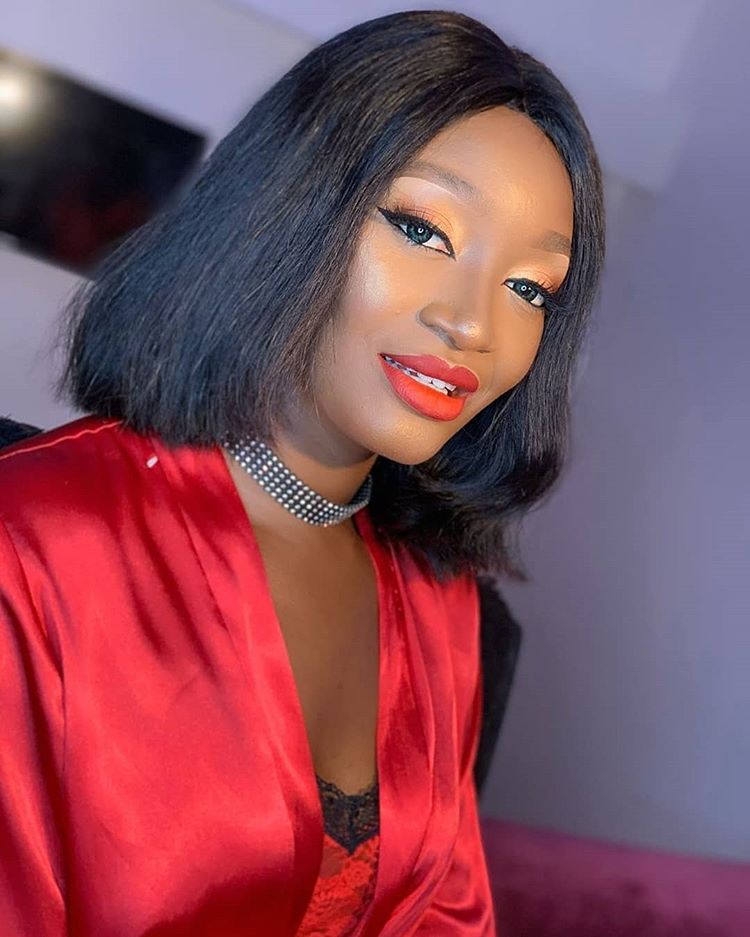 Nollywood actress , Adaeze Eluke fired warning shots at Nigerian Gay/Bisexual men as she claims she has nothing against them while telling them marriage is not by force.

everyone so gay men should not marry a woman and make her life miserable.

Recall some few weeks ago, the same actress made news headlines when she accused

Government declared a 4pm curfew on the 20th of October 2020.

protesters whom where gunned down by the Nigerian Army.

Everyone who was at the Toll Gate Hyping Protesters not to leave the the Toll gate ,

but left after the Curfew was placed. you ran home and started making videos of yourself still screaming we no go gree.

shared with her fans glimpse of hot and sexy body.

currently trending on social media as she flaunts her Waist Bead. 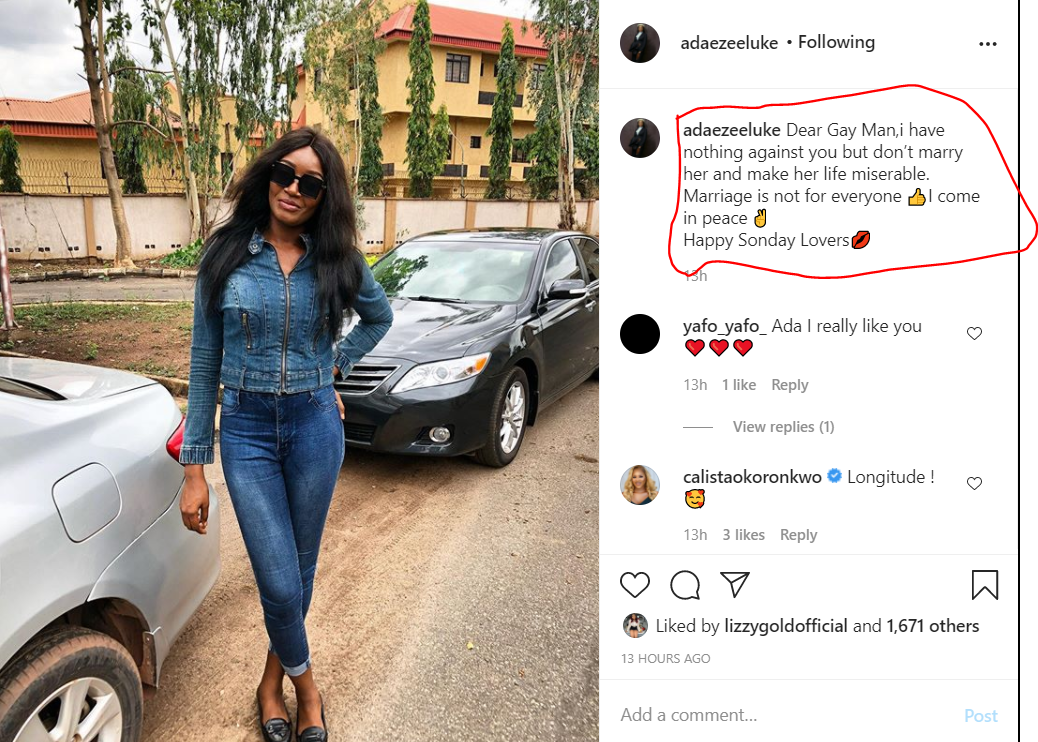