Home Entertainment I would love to see lesbianism legalized in Nigeria, am so attracted... 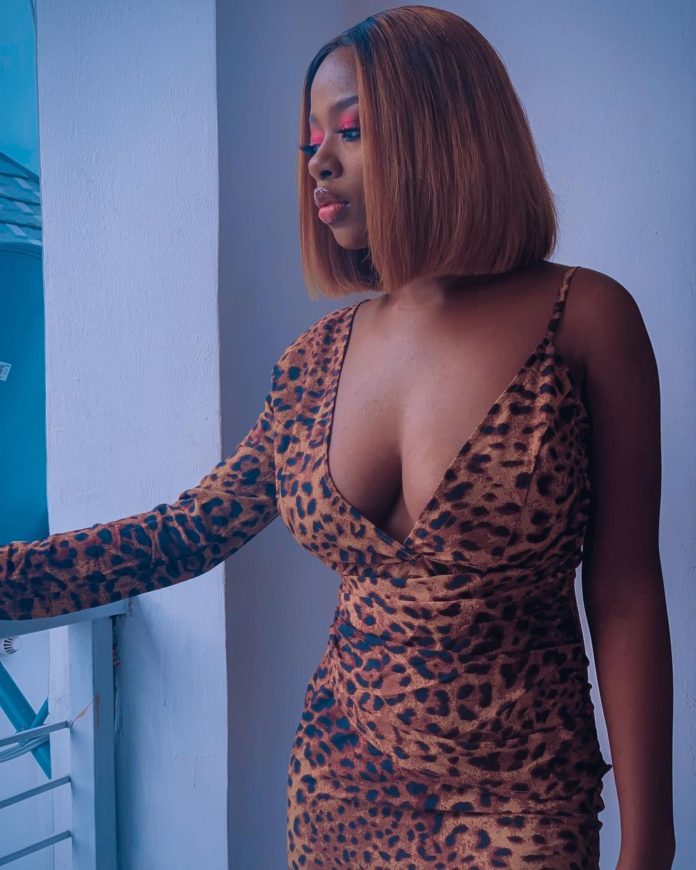 Former BBnaija Housemate Diane Russet shared a controversial post via her insta story  where she revealed she is super attracted to women. 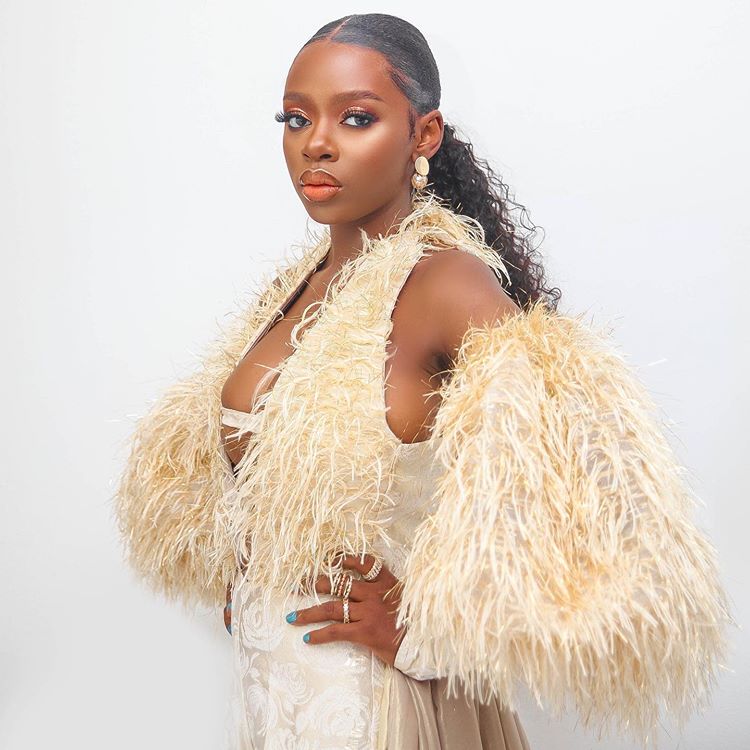 as she would really love to date a girl.

Diane some months back was in the news when are love triangle drama between her ,

Although she denied any form of relationship with him, but didn’t deny she has a crush on him. 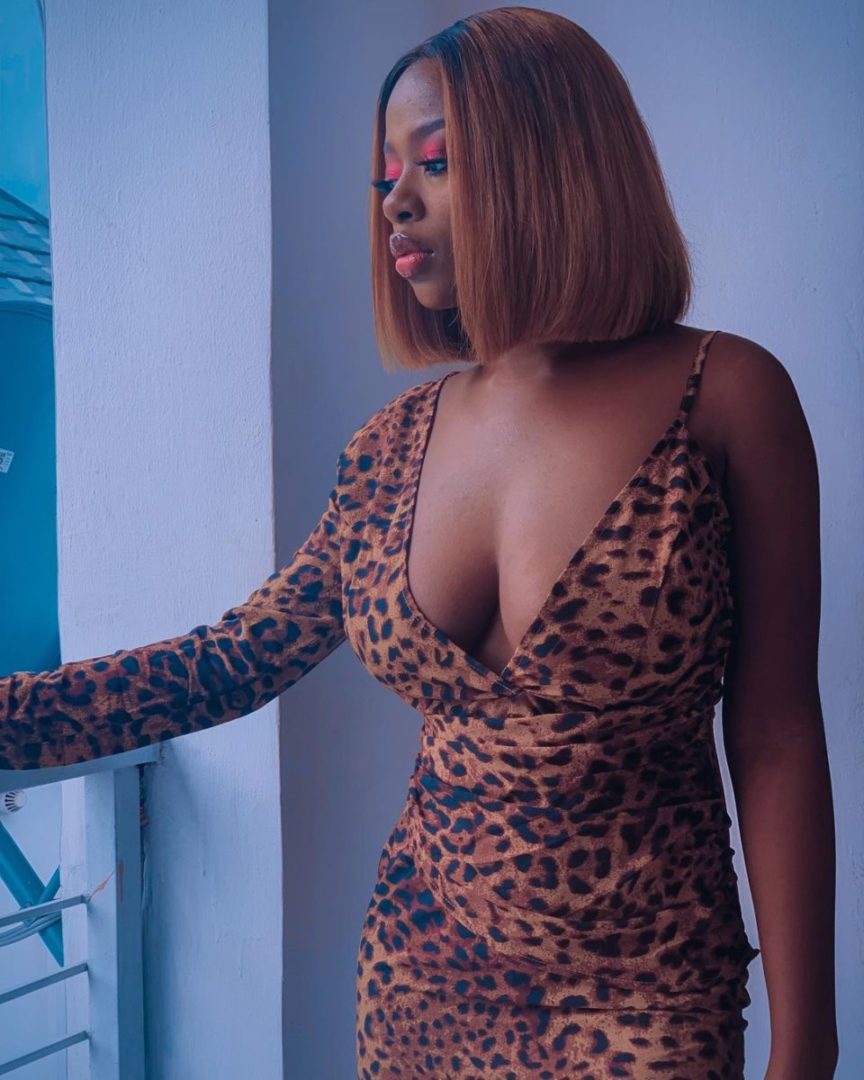 During the BBnaija Reunion, Elozonam revealed that Diane Russet attended a party with

him but left the party with Mawuli Gavor.

READ ALSO
#BBNaija: I am not a stripper, I lied and I've regret it – Tuoyo opens up (Video) 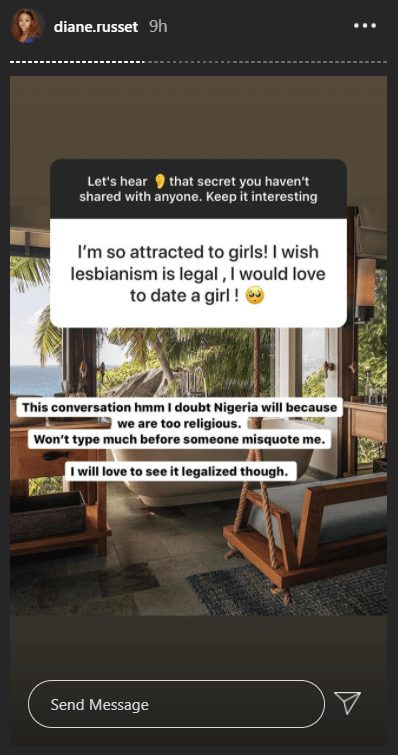 Johnson Olumide - June 27, 2018 0
DIEGO MARADONA collapsed after a meltdown at Argentina's World Cup clash with Nigeria and fans feared he’d had a heart attack. The 57-year-old icon had...

Johnson Olumide - November 27, 2018 0
The eldest of the Kardashian sisters, Kourtney Kardashian went unclad for the January 2019 cover of GQ Mexico . The 39-year-old mother-of-three left absolutely nothing to...

Kiki Osinbajo flaunts her boyfriend as they enjoy time out (Photos)

Adedokun Moses - January 14, 2020 0
Kiki Osinbajo, the daughter of Nigeria vice president, Yemi Osinbajo has taken to her Instagram Page to flaunt her lovely boyfriend. The entrepreneur and philanthropist...