Controversial Nigerian journalist, Kemi Olunloyo have once again state her stance on marriage as she urge everyone not to get involved in it, labelling it as nonsense God did not create.

comments on trending issues like relationship and marriage but

chances that she will succumb to pressure is not feasible.

The talented journalist have been consistent in speaking what she thinks

on marriage is still the same as she noted that nobody should get marry.

singer and songwriter, Tiwa Savage, and the likes of Jeff Bezos of Amazon

who married the wrong person.

she was prominent in breaking huge news during the huge Coronavirus

been skeptical of her comments on see certain issues and her latest comments on marriage will no doubt drag more trolls to her page. 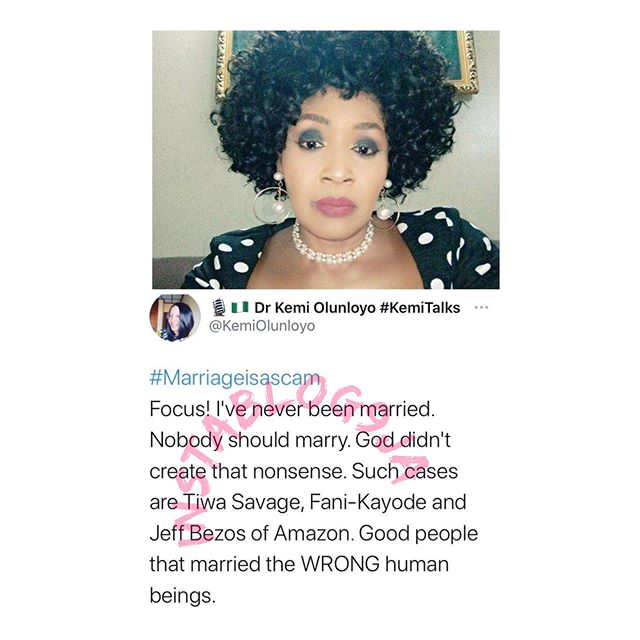