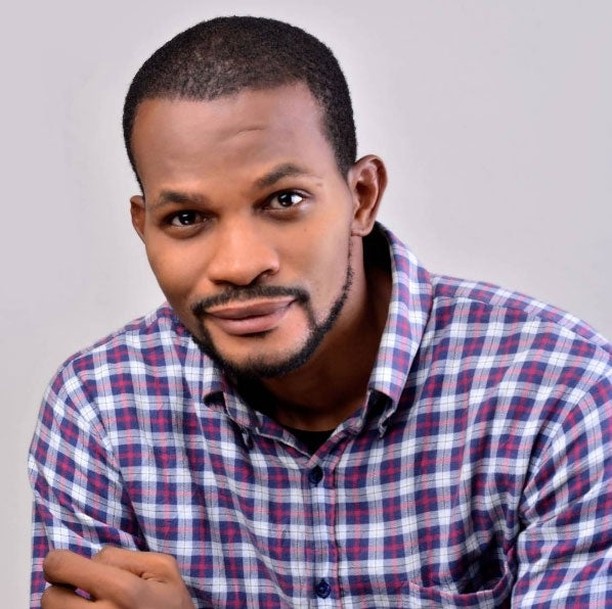 Controversial Nollywood actor, Uche Maduagwu have attacked award winning singer and songwriter, Tiwa Savage over the nude pictures she posted some days ago. 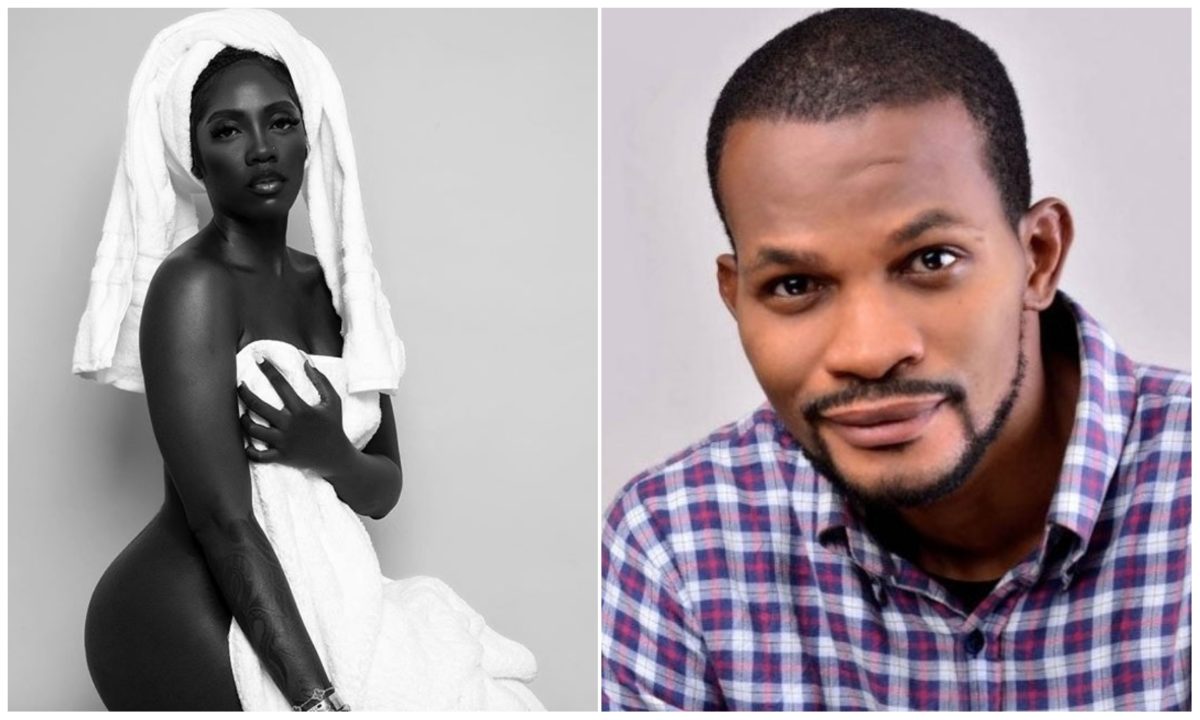 ponder about when she shared some sultry pictures of herself unclad,

Though some fans have been hailing and gushing about her beauty, some have

such act despite being a mother

According to Uche Maduagwu, Nudity at the age of 40 is distasteful and

can lead to depression.

as well as the young one looking up to her morally.

to call the attention of Wizkid whom she has been rumored of dating in the past.

for the young ones as he question her role as a mother. 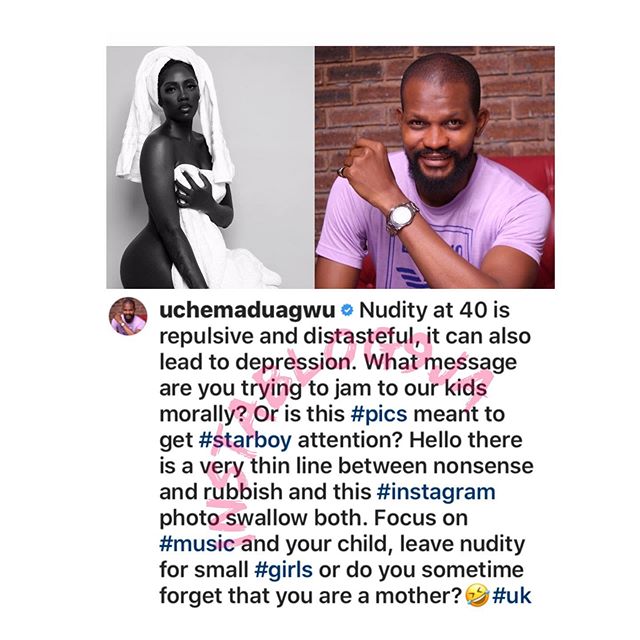