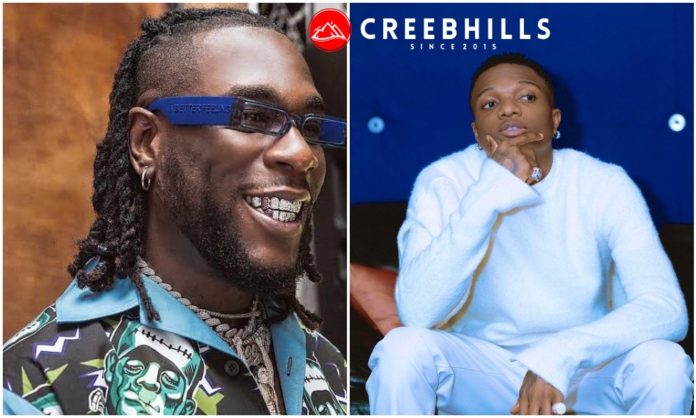 Nigerian superstars Wizkid and Burna Boy have continue to make name for themselves in the global world as their album makes British GQ ‘Best Albums of 2020’. 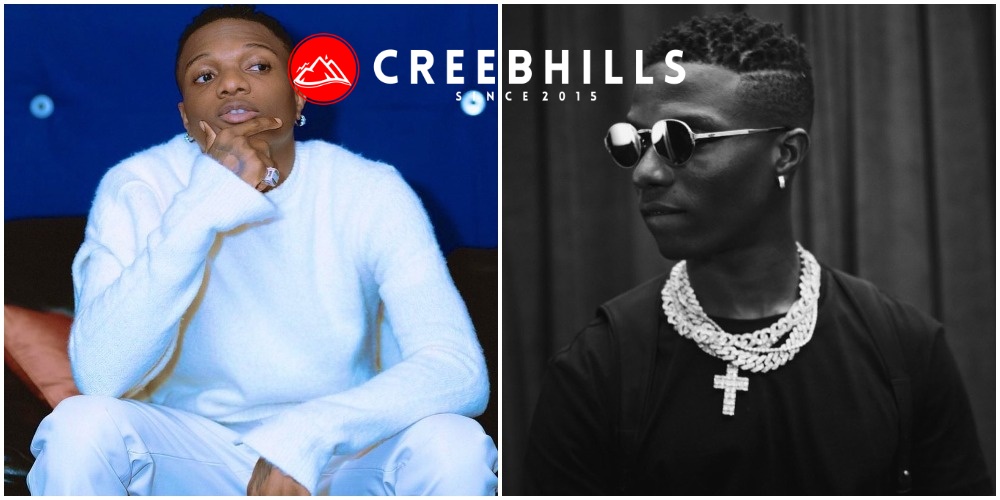 curb further outspread of the virus.

With different countries going into lockdown for months, top singers in Nigeria ensured that

Wizkid released his much anticipated album ‘Made In Lagos‘ while Burna Boy continued from where he left off by releasing ‘Twice As Tall‘.

and British GQ have now become the latest international media house to recognize the project.

Wizkid was on number 17, a move that showed how far they’ve gone in the entertainment industry around the globe.

See British GQ review on their album below: 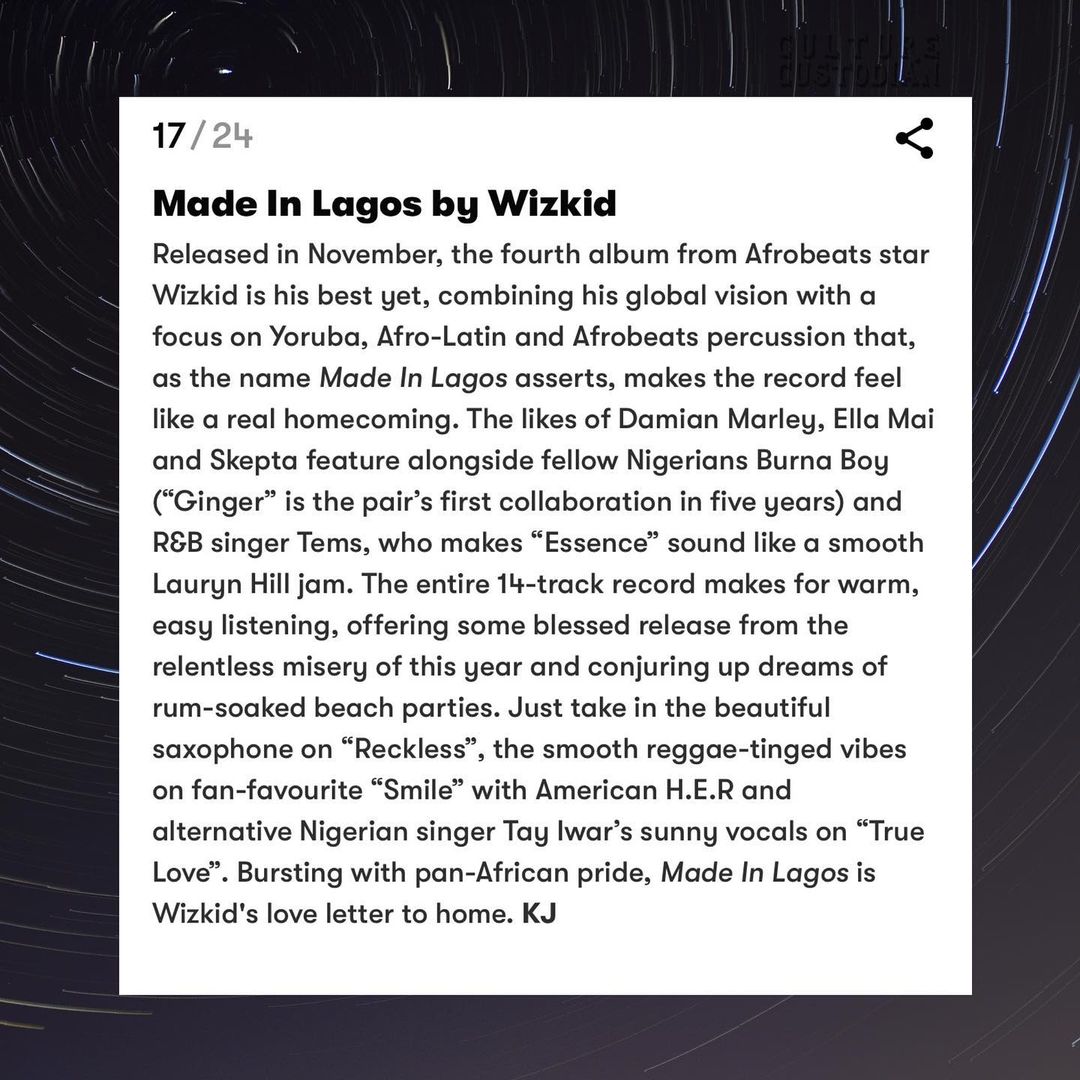 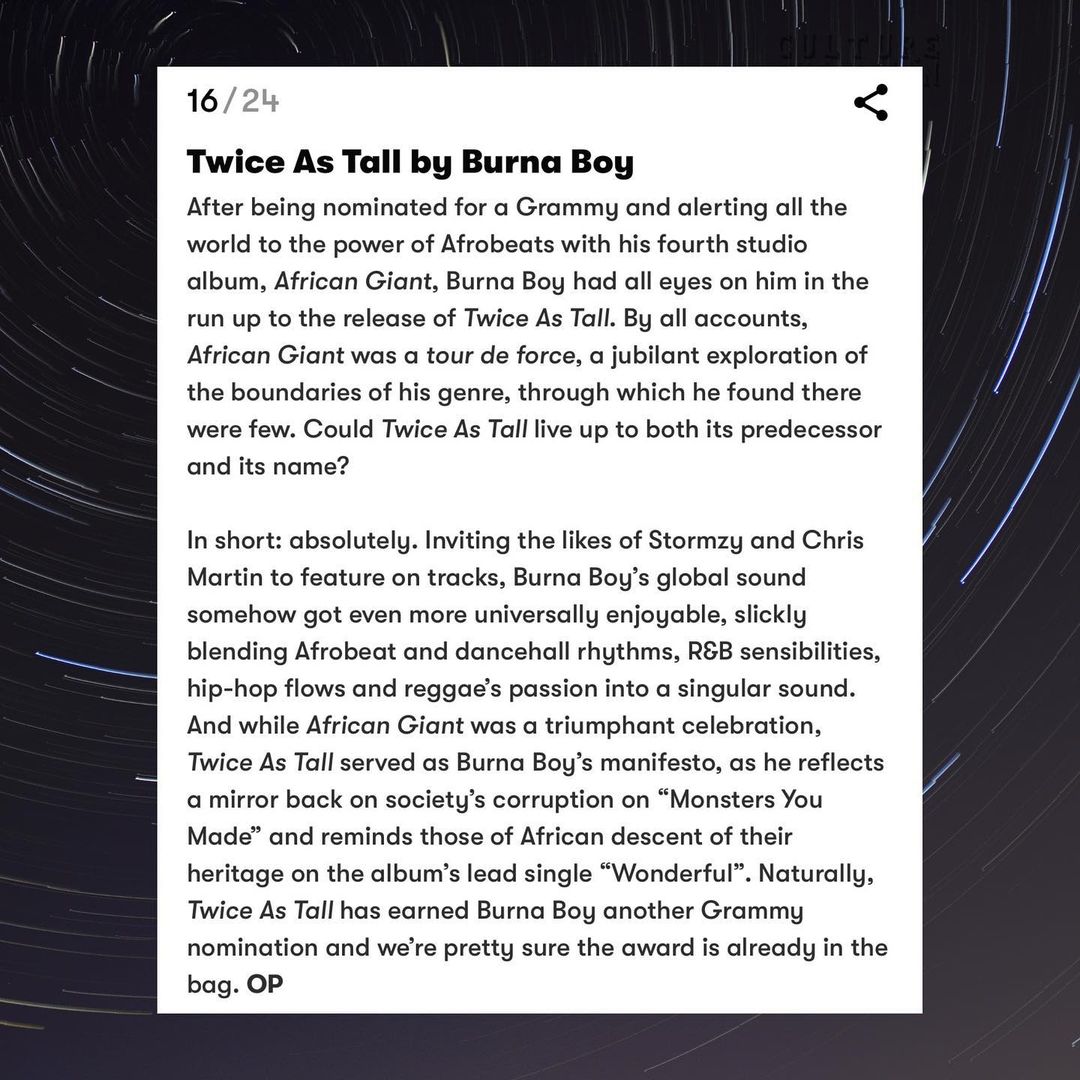