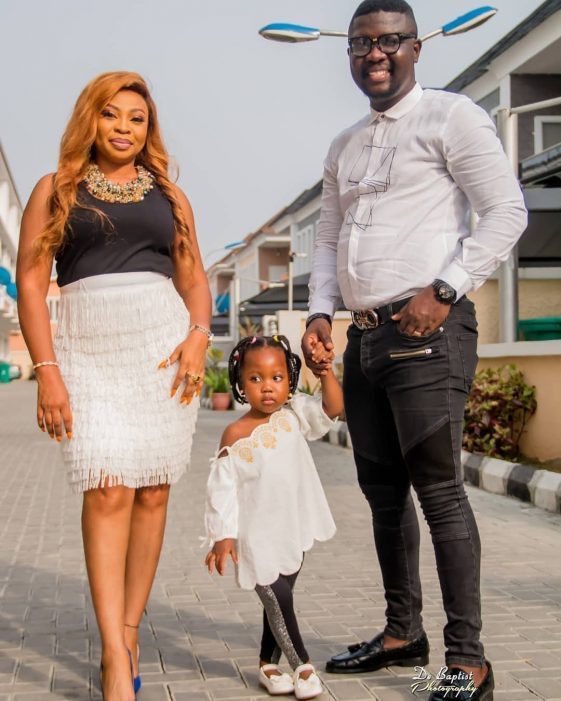 The Comedian took to his Instagram page earlier today to share the good news as he says, blessed be the name of the lord, we welcome our new baby girl.

Recall during the week, controversial Nigerian online Journalist Kemi Olunloyo took to her

social media pages to apologize to all the celebrities she had issues with in the past,

#BBNAIJA: Checkout throwback pics of Seyi and his Girlfriend that has got fans talking (Photos)

Seyi seeing her post, also acknowledged it as both parties buried their many years of

dispute, which first started after Kemi Olunloyo made a sensitive comment about

Eddie Andy - November 1, 2017 0
The anticipated decoder finally comes into light and has finally entered the market nationwide. This is according to Ugo Madu, Head, Corporate Communications, at...

Eddie Andy - July 3, 2018 0
Uk based Nollywood actress, Stella Damasus took to her instagram page to call out social media beggars. The actress shared a photo on her page with...

Inspirational quote of the Day

Johnson Olumide - October 18, 2016 0
The Legacy created by the Obama family would forever be in the sounds of time, and has they Brace themselves to leave the White...

Rihanna’s billionaire ex-boyfriend, Hassan Jameel, having blogs take down pictures of them

Adedokun Moses - January 22, 2020 0
Hassan Jameel, the billionaire ex boyfriend of American singer and songwriter, Rihanna is asking blogs to take down pictures of them together. Recall that Rihanna...