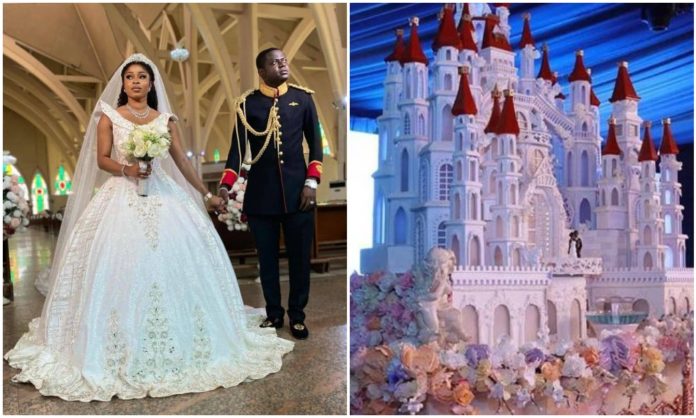 Tonto Dikeh ex, Malivelihood, and his newly wedded wife Deola Smart had their grand wedding yesterday, December 5. It was an event that was attended by top personalities from all walks of life.

The wedding, which has been predicted to be the talk of the town, did not disappoint as it

also blessed with souvenirs which include Hublot watches worth a fortune.

However, what caught the eyes of fans and guests at the event was the wedding

cake used at the event.

The wedding cake, which was made in the form of a castle, was the center of attraction,

and the price of the wedding cake has finally surfaced on the internet.

wedding cake, it had cost the couple over four million naira, and it took over four months

and 11 days of preparation.

No one would deny that the cake must have cost them a fortune as both couples have been trending on social media ever since they had the wedding. 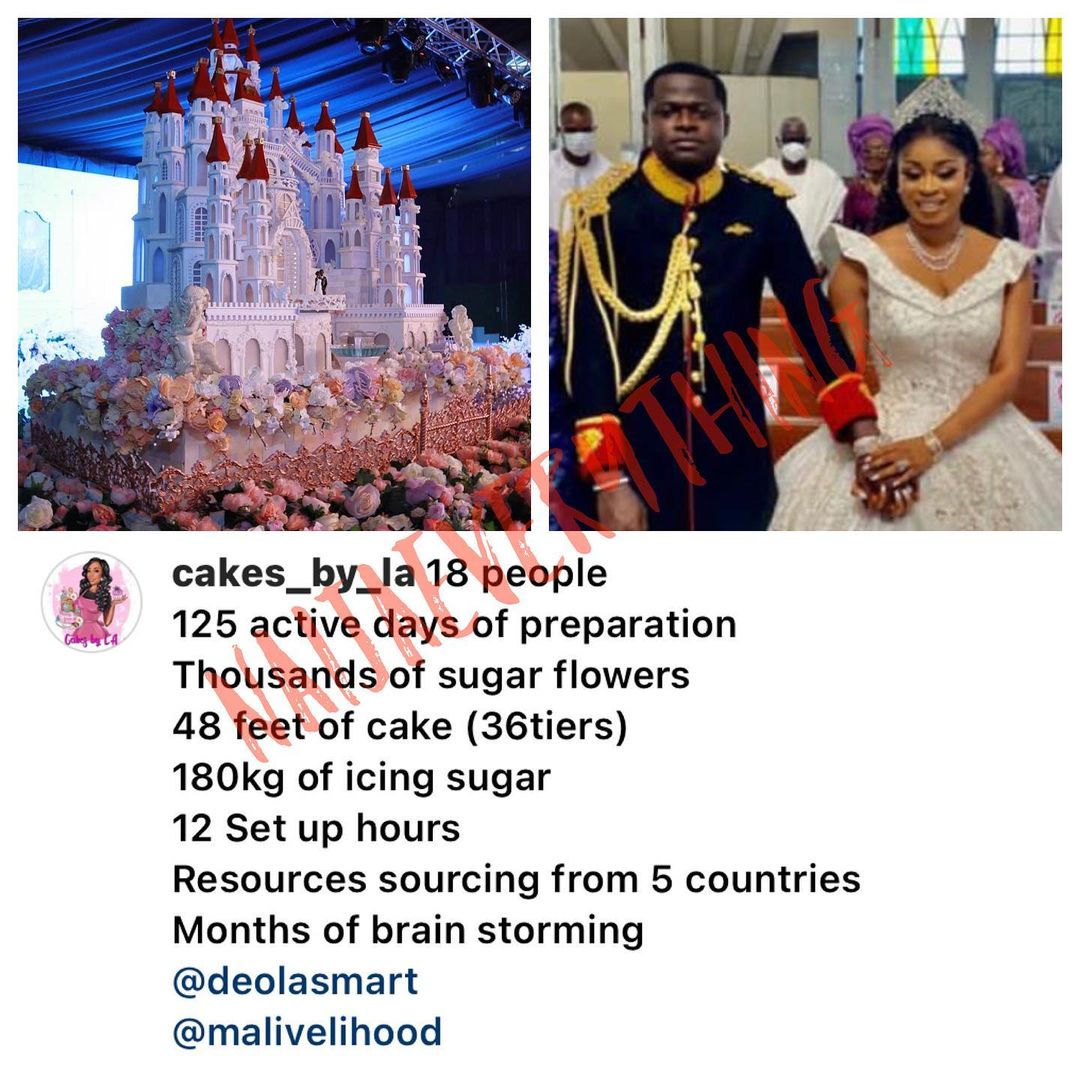