It might be days since Tonto Dikeh’s ex, Malivelihood, walked down the aisle with his beautiful bride, Deola Smart, but the couples are still the talk of the town due to the money spent on their wedding day. 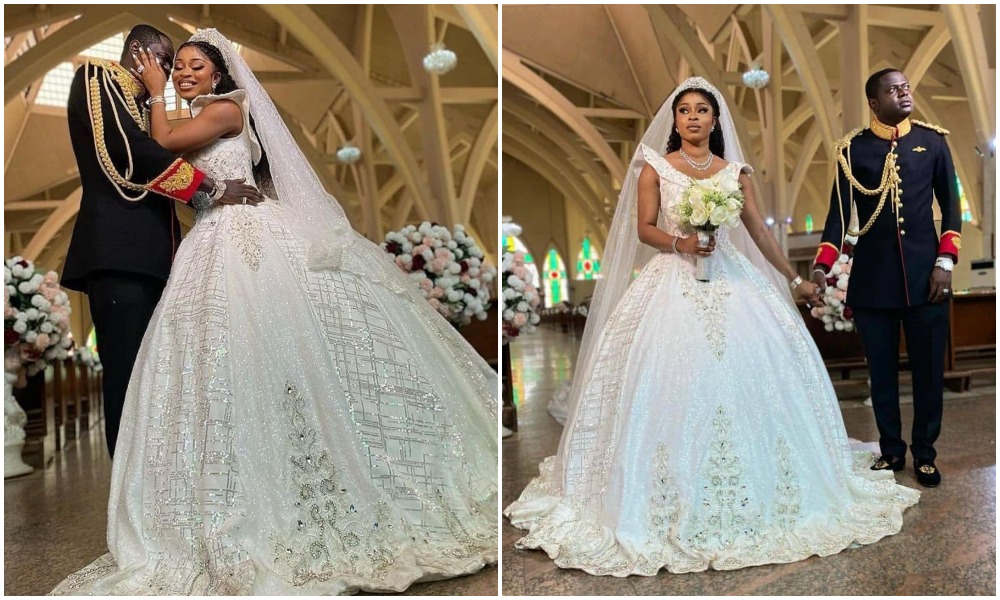 The wedding, which top dignitaries in all walks of life attended, saw a live performance from

the baker’s four months and 11 days of preparation.

With fans yet to get over all the listed colossal sum of amounts spent on the occasion,

his wife’s wedding gown, which would have undoubtedly cost a fortune.

According to the millionaire businessman who deals in jewelry, his wife gown has over

560 carats of hand-picked Swarovski Diamond from six different countries, a move that showed how influential he is.

Not ready to leave any stone unturned, Malivelihood also seized the moment to throw a

shade at those who might be eager to impress at their marriage by noting that no one should try and copy the dress.

See his message to fans and pictures of the wedding dress below:

Johnson Olumide - March 30, 2015 0
Tha Carter V American Rapper posted this pics of him getting a new tattoo. the funny thing about this new tattoo is that does...

Johnson Olumide - February 17, 2019 0
According to the Coalition of United Political Parties, CUPP, there is an alleged plan by President Muhammadu Buhari to suspend the Chairman of the...

Photo Puzzle: Spot all the Nigerian Stars you know

Johnson Olumide - December 25, 2015 0
The Pics above is  throwback Photo and in it has so many celebrities of nowadays that you either already know or just getting to...

Adedokun Moses - October 30, 2019 0
Popular Buhari supporter, Kayode Ogundamisi, has slammed Davido for allowing his boys to handcuff the two ladies that claimed he Impregnated one of them. Recall...

Violette - March 15, 2020 0
A Nigerian celebrity and former BBNaija star Cee-C makes them green with Envy for the AMVCA7 award night which she dresses in style. The event...