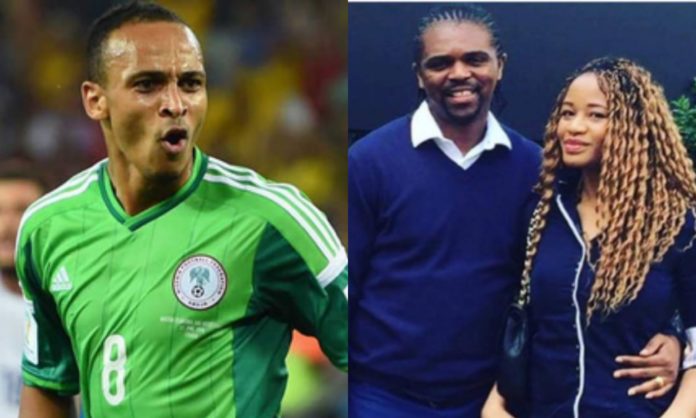 Former Super Eagles winger Osaze Odewingie has called out Amara Kanu, the wife of his former teammate, Nwankwo Kanu, who he claimed is pressurizing him over chats on social media. 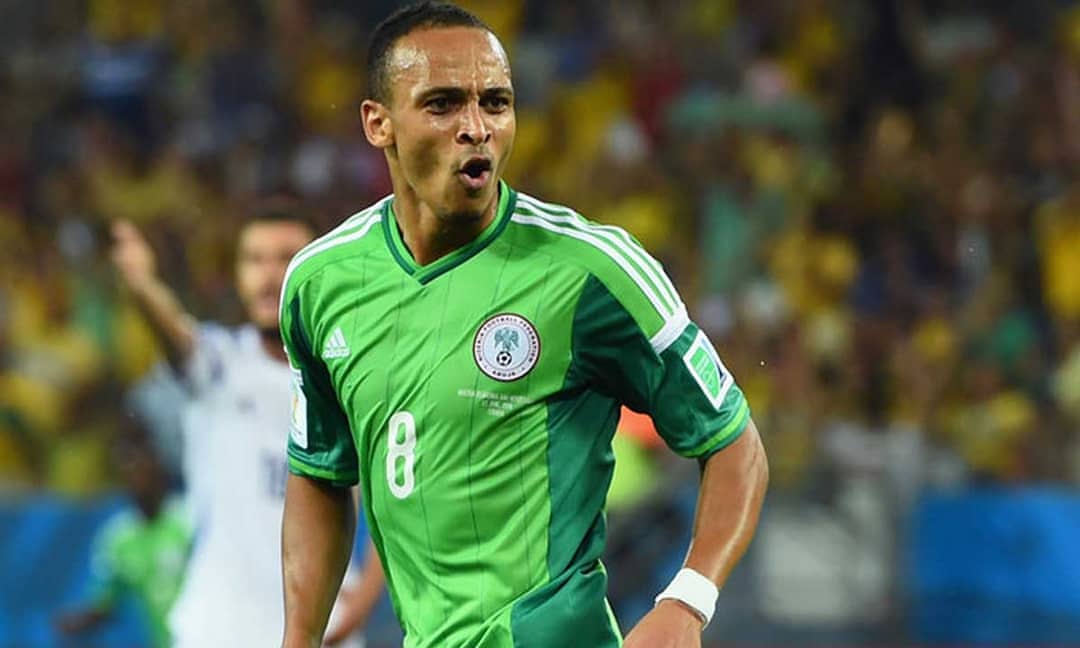 Osaze Odewingie, who is regarded as one of the best wingers in the history of

According to the former West Brom winger, Amara Kanu has been forcing him to check his

DM on social media, and it has become a thorn on his flesh due to the high-pressure

she’s putting on him.

Osaze noted that Amara’sAmara’s husband, Nwankwo Kanu, has his mobile number and

should have called him instead.

Moreover, it’s against the rules of our culture for a married woman to message someone

without her husband’s knowledge.

He also warned Amara Kanu over the treatment she’s giving her son, who seems to be at the

center of the conversation due to a knee injury he has suffered.

Osaze stated that Amara’s son couldn’t have a cross on his neck and make a particular sign that proves he is a fake Christian.

Read his full outburst below: 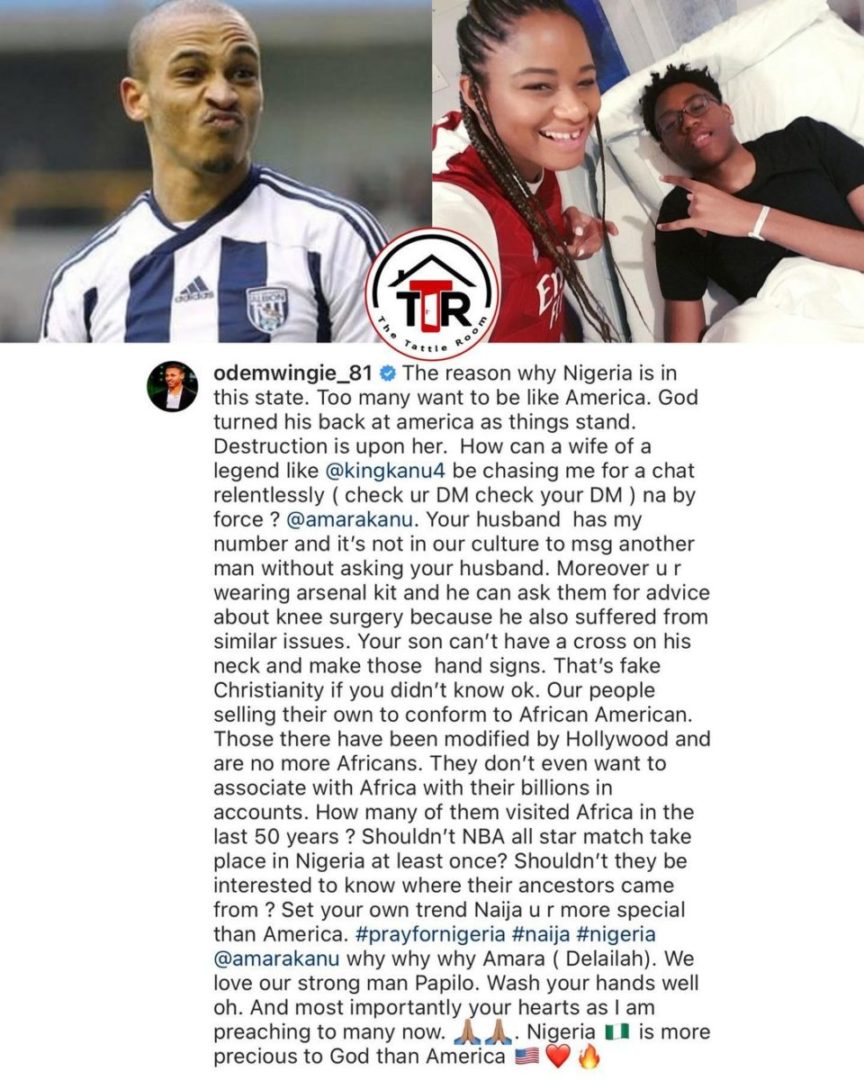 PHOTO OF THE DAY: WHEN A MAN LOVES A WOMAN, LMAO!!!

Johnson Olumide - February 17, 2020 0
LMFAO if you ask me about this Picture. cheese, well found it on BBM and Decided to share it here. So men, guys, ladies...

Violette - September 3, 2021 0
Multiple award-winning singer and songwriter, Wizkid has continued his dominance in the entertainment industry as he sells out his third O2 Arena Concert. Wizkid is...

#BBNaija: Khafi finally walks down the aisle with Gedoni, shares their wedding photos

Violette - December 27, 2020 0
Big Brother Naija reality star Khafi Kareem and her boyfriend Gedoni have finally walked down the aisle months after the engaged themselves after falling...

“My marriage to Obasanjo’s son, a nightmare! He abandoned me during our honeymoon…hates touching...

Yoruba Demon!! I Know Many Girls Who Think We’re Dating, But I’m Single –...

Johnson Olumide - April 20, 2018 0
DMW Star act, Mayorkun revealed explicitly in an interview with HipTv, that he’s single, even though plenty girls think they’re in a relationship with...