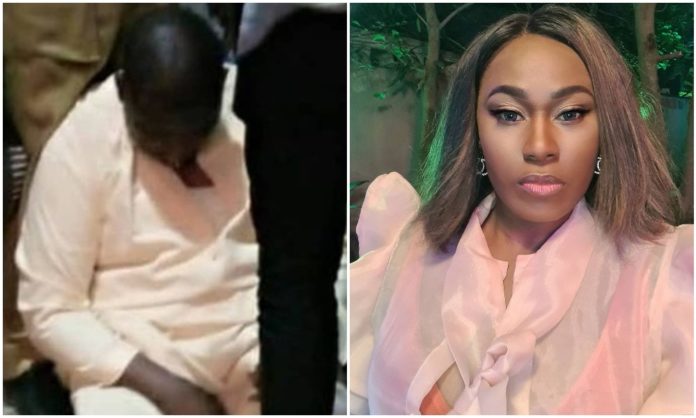 Veteran Nollywood actress and filmmaker Uche Jombo has reacted to the latest drama that happened during the court trial of former Chairman of the defunct Pension Reform Taskforce Team, Abulrasheed Maina.

the Economic and Financial Crimes Commission, EFCC, preferred against him

and his firm, Common Input Property and Investment Limited.

He had on Wednesday, after the EFCC closed its case with nine witnesses, secured permission

of the court to enter a no-case-submission to the charge against him.

However, when the case was called on Thursday, Maina’s lawyer, Mr. Anayo Adibe,

told the court that his client would not be able to proceed with his application.

he was not availed with records of proceedings of the court in the matter.

The defense lawyer was about to submit further when his client, Maina, slumped beside the dock where the court permitted him to sit.

Some lawyers and officials of the Nigerian Correctional Service quickly rushed to his aid,

a development that forced trial Justice Abang to suspend sitting.

Reacting to the drama, Uche Jombo took to micro-blogging site Twitter to share her thoughts as she noted that it’s the same script as the past. 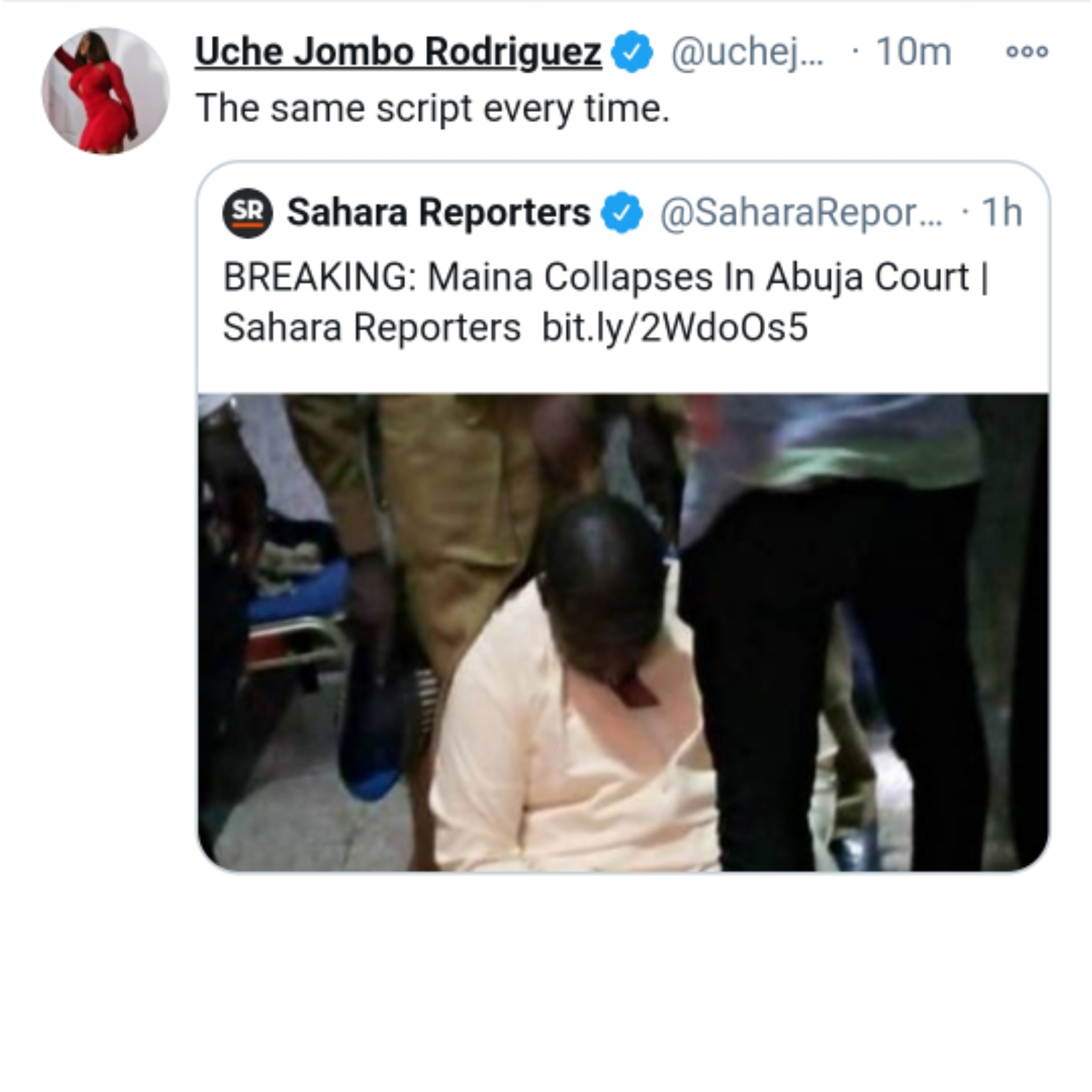