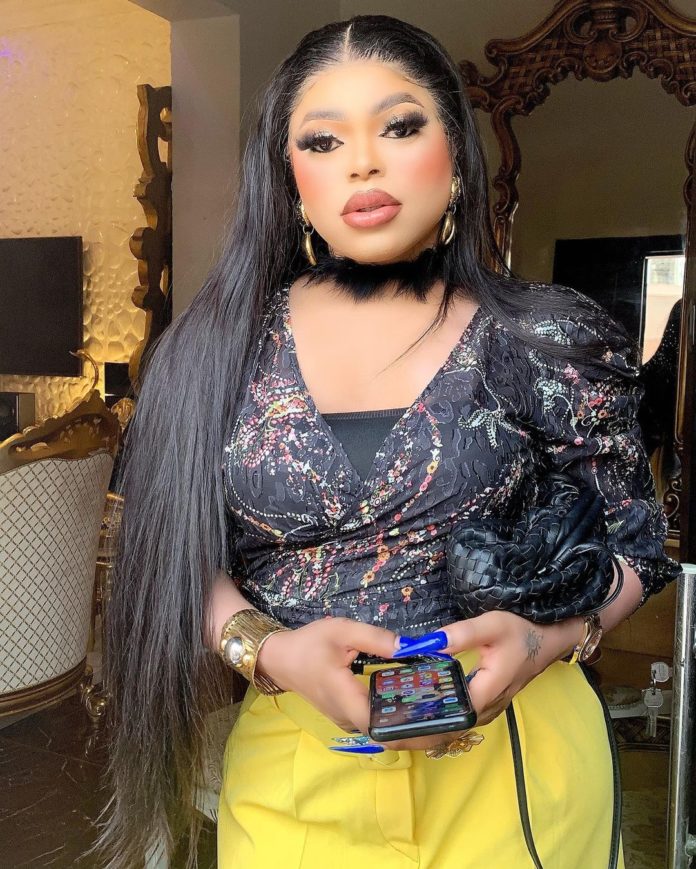 Controversial Nigerian cross-dresser Bobrisky has insisted that men who are currently joining the Stingy Men Association of Nigeria (SMAN) are naturally broke.

It would be recalled that the Stingy Men Association of Nigeria took the center stage some days ago as men on social media noted that they would stop spending on ladies.

Some top personalities in the entertainment industry also joined this group as they all took to their platforms to flaunt the identification card that has been issued to them.

Bobrisky who has been dishing out lectures to ladies on how they are to handle men to enrich their pocket has now shared his opinion on the subject matter.

According to Bobrisky, all men joining the association of stingy men are naturally broke and this is the major reason why they are joining the club.

Bobrisky noted that some of these men are rich but are not willing to spend to the ladies and this is one of the reasons he has been sharing some tips with ladies.

He revealed all this during an Instagram live interview with Ubi Franklin and it’s left to see if he will be replied by some big names like Don Jazzy and Mr Macaroni who joined the trend.

See video of to speaking below:

Violette - Modified date: June 26, 2019 0
US president Donald Trump said Tuesday the U.S. is "not going to need an exit strategy" if war broke out with Iran. “You’re not going...

Violette - Modified date: July 15, 2018 0
Didier Deschamps has added his name to the list of those to have won the World Cup both as a player and as a...

Paris Jackson Make Out with Shirtless Boyfriend in Public

Johnson Olumide - Modified date: February 18, 2020 0
she turned 18-year-old this year and she is no longer a teenager but an adult as she was Photographed Kissing her shirtless rocker boyfriend...