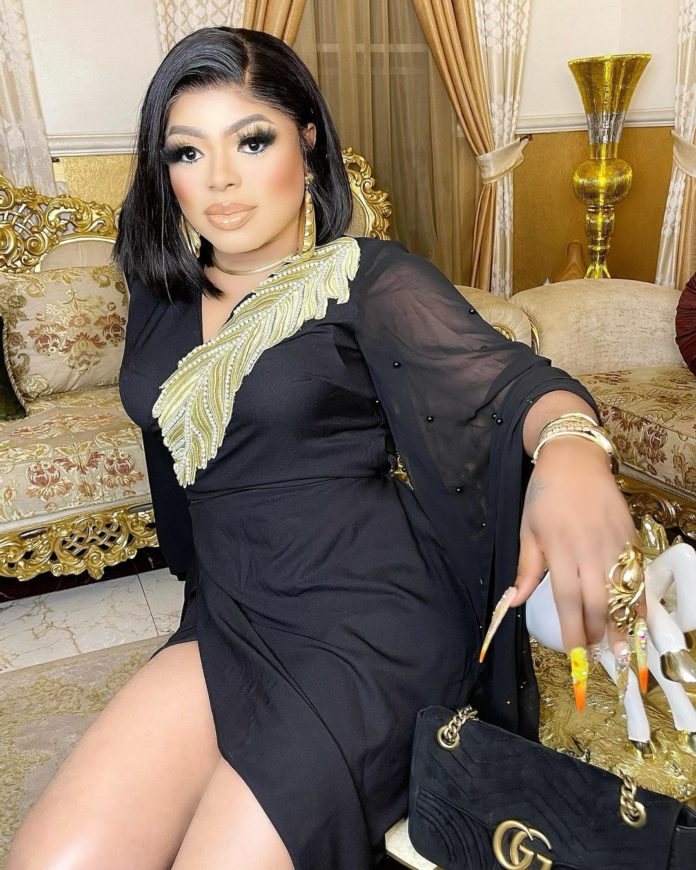 Controversial Nigerian cross-dresser Idris Okuneye popularly known as Bobrisky has opened up on the plans he has for his lover as valentine’s day continues to draw nearer.

Bobrisky might have been attacked and trolled by some fans who are not used to his lifestyle on social media but it looks like nothing is stopping the cross-dresser from showing off.

The Instagram male barbie has taken over the role of a relationship expert this year as he’s been dishing out advice to ladies on how they would sustain their relationship.

He has now decided to unveil the plans he has for anyone that will be going out with him on Valentine’s day and it’s one that will surely attract suitors to his page.

According to the dramatic slay queen, he will be traveling on a private jet to another country with the lucky guy and they will be spending three nights at an expensive hotel.

Not leaving any stone unturned, Bobrisky added that he will be buying a Rolex for his lover on that day.

This statement will no doubt raise eyebrows among his fans and followers as they will be willing to see the lucky man that will be spending valentine’s day with their favorite.

See the screenshot of Bobrisky’s plan below: 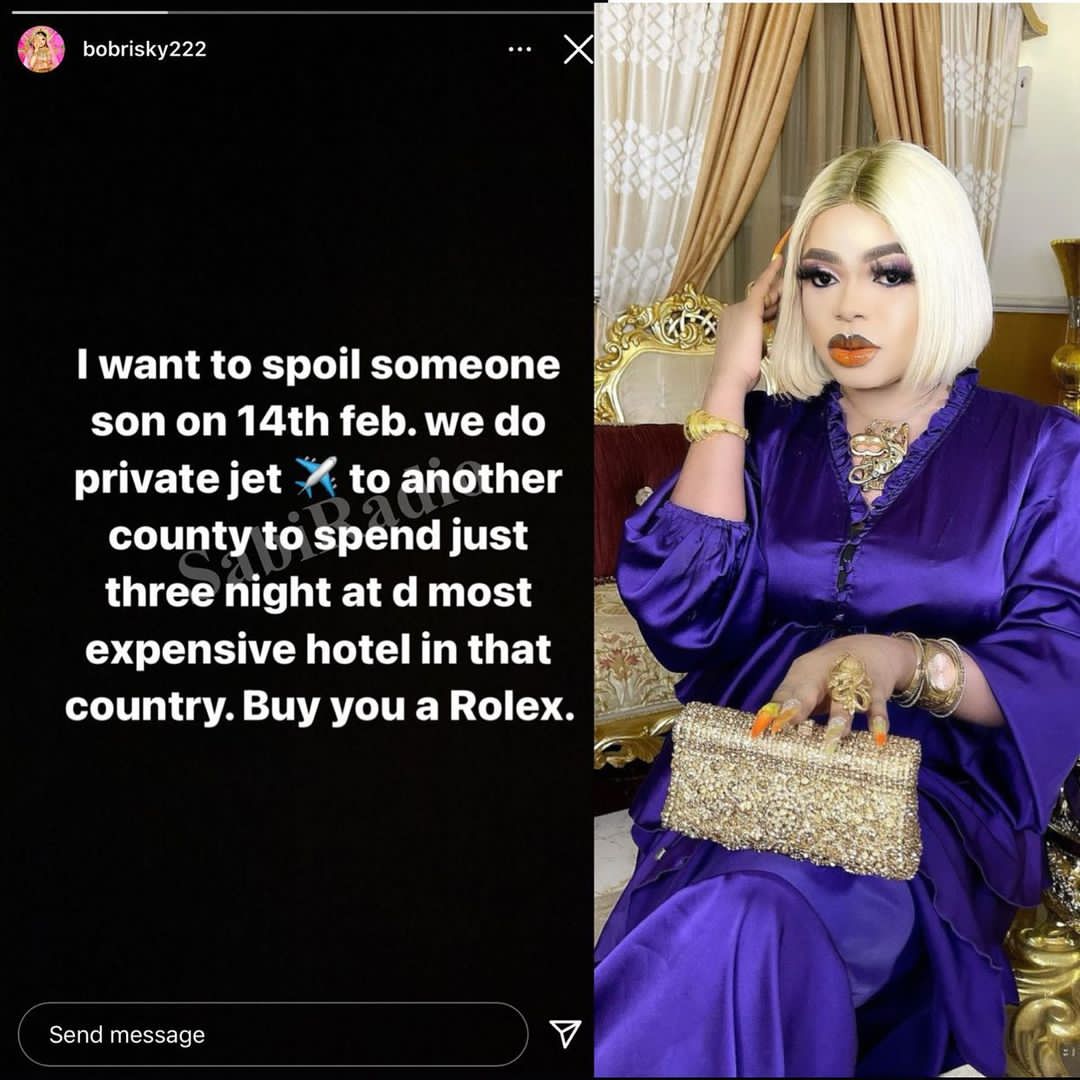