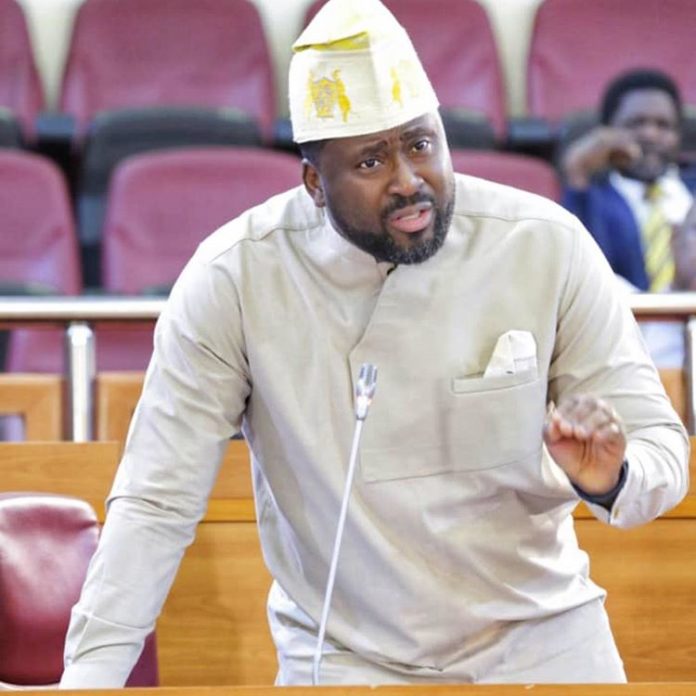 James Brown has forged a path for himself in the entertainment industry as he has become one of the most controversial personalities on the internet.

The Instagram male barbie has been involved in some dramatic scenes with notable personalities with the recent one involving him and Bobrisky.

However, he has been able to make use of his fan base into getting himself some endorsement deals as well as meeting some top personalities in all walks of life.

James Brown has now been privileged to meet veteran actor and filmmaker, Desmond Elliot who is currently a lawmaker of the Lagos State House of Assembly, Surulere Constituency.

It was indeed a memorable time for James Brown who was all smiles as he sat beside one of the best actors to have graced the television screen in the entertainment industry.

James Brown will be hoping he continues meeting prominent figures as he continues to pave his way into greatness.

See video of Desmond Elliot and the controversial male barbie below:

Journalist cries out after allegedly being slapped by Davido (Video)

Adedokun Moses - Modified date: February 21, 2020 0
A Nigeria journalists is currently in a sad mood after he alleged singer and songwriter, Davido of slapping him. According to the Journalist, Davido who...

Police Arrests Cultists During their 7/7 Anniversary in Lagos (Photos)

Violette - Modified date: July 2, 2019 0
The Lagos State Police Command over the weekend, arrested 120 suspected cultists. The cultists were arrested after defiling the order of the state command not to converge...

Johnson Olumide - Modified date: February 17, 2020 0
The 26-years-old Mombasa,kenyan Socialite is currently Holidaying in Las Vegas United States of America.   She took to her Instagram to wish her fans happy...

Johnson Olumide - Modified date: March 21, 2020 0
Ubi Franklin has just implied that Iyanya might have assaulted Yvonne Nelson, this is coming after Iyanya claimed Ubi assaulted Emma Nyra. As we all...

Violette - Modified date: June 16, 2019 0
Back in October 2017, Ghanaian actress and filmmaker, Yvonne Nelson welcomed her first child, a baby girl named Ryn with her British photographer boyfriend, Jamie Roberts. While many are celebrating...