Home Celebrity Net Worth and Biography Laycon Biography, Net Worth, House and Cars (2022) 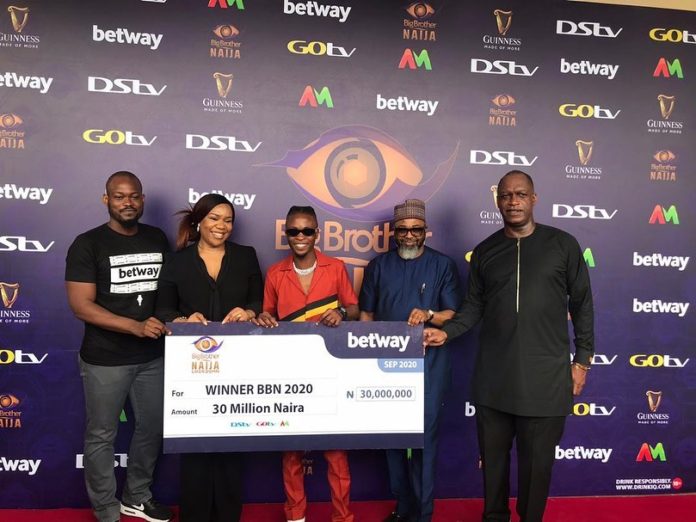 Laycon winning the BBnaija show took his worth to N85 million naira, but the question here is, how much does he worth now?

Olamilekan Moshood Agbeleshe (Laycon) was (born November 8, 1993) to Mr. and Mrs. Agbeleshe. he was bred and brought up in Lagos by his parents and his two siblings; his state of Origin is Ogun State, and his a Muslim by religion.

Weeks after winning the BBnaija show, he was appointed Ogun State Youth Ambassador by Governor Dapo Abiodun on the 6th of October, 2020.

While also receiving the sum of N5 million naira cheque and a three-bedroom Bungalow located in Abeokuta Ogun State.

He attended Emmanuel Children Nursery and Primary School, Alakuko (1996-2002), while also attending Lagos State Model college Meiran, Lagos (2003-2009) for his secondary school education before he proceeded to the University of Lagos to study for his bachelor’s degree.

How Old is Laycon?

Olamilekan “Laycon” Agbeleshe is a 29-year-old singer and rapper from Lagos.

He’s a graduate of philosophy from the University of Lagos.

Laycon’s family consists of himself, his mum, and two siblings, Yomi Agbeleshe, and Tope Agbeleshe, who are all boys. while his father passed away some years ago. Olamilekan Moshood Agbeleshe is also the last born in his family.

He started his musical journey at an early age and has now emerged as one of Nigeria’s most promising new school acts.

He describes himself as being versatile and able to coin words together to soothe scenarios and moods.

According to him, his most significant achievement is having his song ‘Fierce’ on MTV BASE Top ten charts for six months.

Jackson Fierce signed Laycon to the Fierce Nation record label in 2019; the brand focuses on investing in indigenous Nigerian music, the arts, and the talented individuals who create it.

His second EP, who is Laycon?, was released on the 1st of April 2020 with hit songs like Fierce featuring Reminisce and Chinko Ekun.

Olamilekan Moshood Agbeleshe came into the 2020 edition of the Big brother Naija reality TV Show as the 19th housemate; his stage appearance wearing a Christmas lighting type shirt got many fans of the show talking about him.

Above all odds, seventy-one days later, he became the show’s winner, smashing and setting new records for a reality show in Nigeria in terms of voting numbers (60%) while also going home with the grand prize of N85 million.

For instance, during his stay in the big brother Naija house, he became the first housemate ever to reach one million Instagram followers on the 19th of September 2020.

How many House do Laycon have?

Laycon currently has two luxurious Apartments, A two-bedroom apartment in Lagos courtesy of Revolution Plus Estate Developers, and a 3-bed room Bungalow in Ogun state courtesy of the governor Dapo Abiodun.

On the 27th of September, 2020, after winning the BBnaija Show, became the owner of an SUV worth N25 million from Innoson Motors. While on the 8th of November,2020, his fan base gifted a brand new 2015 Mercedes E350 worth N18 million to celebrate his 27th Birthday.

There is a saying that goes thus “Success is the only thing in life that needs no advertising”. His success story has opened doors of blessings for him; such has his numerous endorsement deals, which include:

In 2020 before big brother, his net worth as an upcoming artist was unknown to the public, but after he won the BBNaija show, his net worth skyrocketed to ₦85 million Naira.

Laycon is currently one of the richest and the most influential BBNaija 5th Edition Housemates with an estimated net worth of $500000 dollars. his source of wealth comes from winning ₦85 million naira from the Bbnaija show, his musical career earnings, various multimillion naira endorsement deals, and real estate investments.

What is Laycon BBN net worth?

Laycon is currently one of the richest and the most influential BBNaija 5th Edition Housemates with an estimated net worth of $500000 dollars.

What is Laycon occupation?