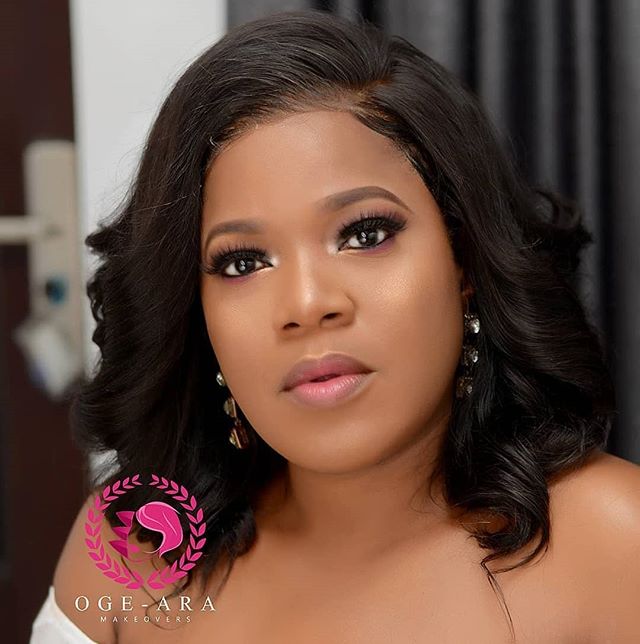 Nollywood actress, Toyin Abraham is one of the richest Nigerian actresses, her net worth in 2020 increased from the success of her latest movie Fate Alakada which grossed over 150 million from the Cinemas in 2020.

Am sure the question on the mind of the reader of this content, would be what is Toyin Abraham’s net worth in 2022, and did she acquire so much wealth for herself just by acting in movies alone?

No need to search further, in this article we would be sharing all the sources of income of the Nollywood actress that added up to the net worth of Toyin Abraham.

Toyin Abraham Biography and Net Worth

Who is Toyin Abraham?

She obtained a Higher National Diploma in Marketing from Ibadan Polytechnic and was in the same class as Dibie, Toyin Abraham has starred in many movies and recently starred in a movie called Black Val.

She began acting in 2003, when Bukky Wright, a Nigerian film actress, visited Ibadan to shoot a movie. Over the years, Toyin Abraham has produced, directed, and featured in several Nigerian films, such as Alani Baba Labake and Ebimi ni.

Based on her acting career, Toyin has also been called upon by politicians to campaign for them. At one of the programs for Nigeria President Goodluck Jonathan’s re-election bid in 2015, the actress said she was prepared to die for the people’s Democratic Party (Nigeria) (PDP) on whose platform Jonathan is contesting.

But she later came out to apologize to her fans for the comments and urged Nigerians not to spill their blood for any politician.

Ever since Toyin hit the limelight as a Nigerian celebrity, so many controversies have trailed her illustrious career and personality.

some of her famous controversies included her fight with Yoruba actress Lizzy Anjorin who accused Toyin of opening multiple Instagram accounts to troll her and attack her colleagues in the industry.

Recall that the enmity between the duo came to the fore when Toyin had her baby in August and Lizzy failed to congratulate her.

Toyin Abraham was also criticized during the EndSars movement in October 2020 for publicizing her new movie, the fate of Alakada instead of lending a voice to the movement.

But she has since moved on from the drama as she joined the protests alongside other big names in the industry.

Toyin Abraham had her traditional engagement with actor Kolawole Ajeyemi, in July 2019 and together they welcomed their first child called Ire in August 2019.

Meanwhile, before her marriage to Ajeyemi, Toyin had previously been married to actor Adeniyi Johnson, back in 2013, the marriage however only lasted for 2 years before the then celebrity couple divorced.

The actress used to go by the name Toyin Aimaku, however, in 2016, she changed her name from Toyin Aimakhu to Toyin Abraham based on her family decision.

Toyin’s Hobbies Include Singing, Dancing, and cooking and of course, she is called mummy Ire by her fan base.

On the 17th of January, 2021, Toyin was on cloud nine as she celebrates the birthday of her husband and the father of her son, Kolawole Ajeyemi.

Toyin Abraham via the post professed her undying love to Kolawole as she thanked him for all he has done for her ever since they knot the tie.

Nollywood actress, happily married mum, and multi-brand ambassador, Toyin Abraham moved into a luxurious mansion in one of the highbrow areas of Lagos in 2020.

Although she didn’t make an official announcement on social media about it, Toyin Abraham has been teasing her fans with photos from the lush home.

Her husband, Kolawole Ajeyemi who is always quick to share photos has been posting shots captured in the new home as well.

Apart from her Luxurious and Expensive house, Toyin is also a lover of exotic cars, even though she doesn’t show them off more often times than not.

In 2019 she bought herself a brand new Mercedes Benz CLA 250 which cost a whopping N26 million naira.

The famous and popular actress who is among the richest female actresses in Nigeria yesterday announced she was acquiring a new luxurious car worth millions of naira.

Nollywood actress, Toyin Abraham is one of the top 10 richest Yoruba actresses in Nigeria with an estimated net worth of $1.6 million dollars. Toyin’s source of wealth comes from her acting career, box office movie successes, and various endorsement deal worth millions of naira.

Kolawole Ajeyemi is the Husband of actress Toyin Abraham with an estimated net worth of $400,000 (N158 million).

Is Toyin Abraham from Edo State?

Toyin Abraham was (born on September 5, 1982), in Auchi, a town in Edo State in southern Nigeria

What is Toyin Abraham age?

How much is Toyin Abraham?

Nollywood actress, Toyin Abraham is one of the top 10 richest Yoruba actresses in Nigeria with an estimated net worth of $1.6 million dollars.

is toyin abraham older than her husband?

Nollywood actor Kolawole Ajeyemi has stated that the fact that his wife and colleague Toyin Abraham is wealthy and older than him is unimportant to him. The actor addressed the heated debate surrounding his marital status in an interview with the Nigerian Tribune.