Multiple award-winning afrobeat singer and songwriter Wizkid has opened up on the role family plays in his life as he noted that they keep him grounded. 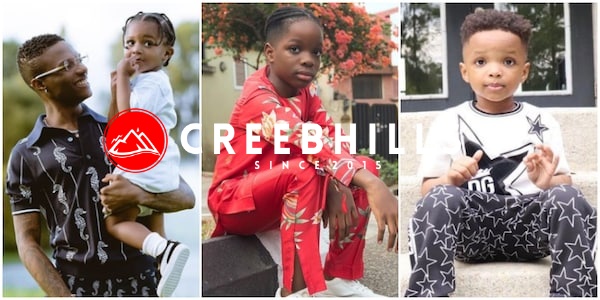 Wizkid is no doubt one of the greatest artists to have ever graced the music industry as he has gone on to achieve numerous accolades.

He has been featured by top singers across the globe and he has also collaborated with big names in the music industry.

However, he has never let his influence in the world affect his role as a father as he has become popular for showing love to his children on and off social media.

Wizkid during an interview with Apple Music has now revealed how much he loved his three sons whom he had with three baby-mama.

According to the ‘Ginger’ crooner, he does not take his children lightly because he knows what it means to be a caring father.

Wizkid noted that his father showed him enough love while growing up and does not see any reason why he won’t show love to his children who are the priceless thing he has.

See video of Wizkid speaking about his family below:

Wizkid in the past few days has been showing the world how his children meant to him as he featured them in the visuals for his hit single ‘Smile’.

He also made sure the bond between his children is strong as he reunited his first son Boluwatife Balogun with his last son Zion some days ago.

Violette - July 2, 2019 0
Music mogul, Don Jazzy is sharing his secret on how he slides into ladies DM on Instagram. Don Jazzy made this known on the gram saying...

Johnson Olumide - February 17, 2020 0
The Ever Controversial Socialite, Cossy Ojiakor has opened up on why she didn't campaign for any politician. She told Punch  I don’t go after politicians....

Feels good to be back, Nina Ivy slays in Short Pink Dress for the...

Johnson Olumide - February 17, 2020 0
The 26-years-old Mombasa,kenyan Socialite is currently Holidaying in Las Vegas United States of America.   She took to her Instagram to wish her fans happy...