Home Entertainment Adekunle Gold and his alleged side chick, Teminikan Unfollow each other on...

Adekunle Gold and his alleged side chick, Teminikan Unfollow each other on Instagram. There is no smoke without fire, which is a popular Proverb in Nigeria, and it so relatable to the ongoing cheating allegation levelled against Nigerian singer Adekunle Gold.

Teminikan expressed the trauma she has been going through since the news went viral some days ago.

READ ALSO
World No. 1 Andy Murray, and World No. 3 Stan Wawrinka Knocked Out Of Monte Carlo

Meanwhile, Adekunle Gold has remained silent on the allegation, but however, made a move as he unfollowed the alleged side chick on Instagram.

According to Instagram blogger, Cutie Juls who made the discovery, the singer is no longer following the babe anymore as he maintains his silence on all claims, which she also reciprocated the favour by unfollowing Adekunle Gold.

See the snapshot below. 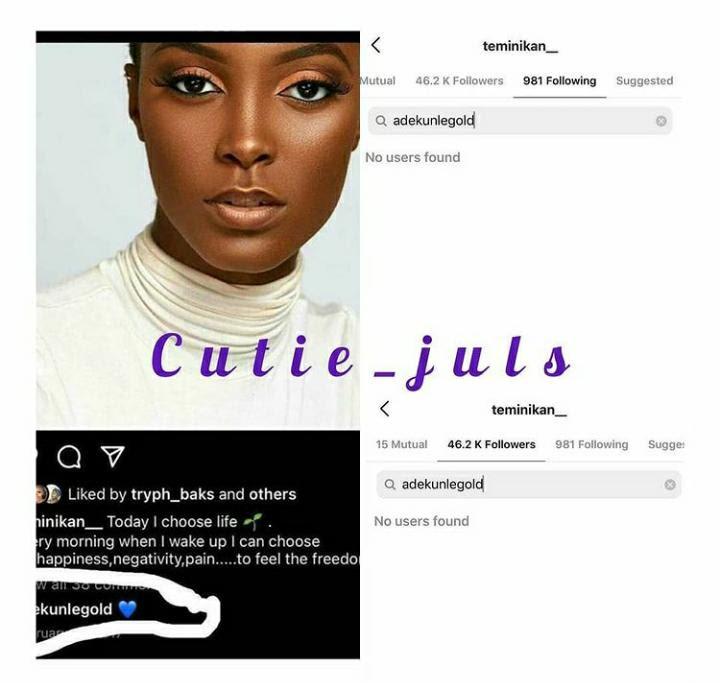