Home Entertainment “These past couple of days have been very traumatizing for me” –...

Nigerian Model and Video Vixen, Teminikan has finally Breaks silence after being accused of involving herself in an amorous relationship with the popular music star, Adekunle Gold, Simi’s husband.

Recall some days ago, Simi’s husband, Adekunle Gold was accused of sleeping with a video vixen, Teminikan, who was also alleged to be simi’s friend, According to an Instagram blogger, Gistlover.


In reaction to this, Teminikan has debunked such a claim and frowned at how some bloggers decide to ruin one’s reputation, without considering the outcome, she also appreciated people who checked up on her in the wake of the saga.

“These past couple of days have been very traumatizing for me. It has affected my work, family, relationship and brand.

It’s a really terrible thing some blogs do carrying unverified gist/information and ruining good reputations built from so much sweat and hard work over the years.

I want to thank everyone that has stood by me during these difficult times, I appreciate each and every one of you for all the support, it means such a great deal to me. God knows all and reveals all.” 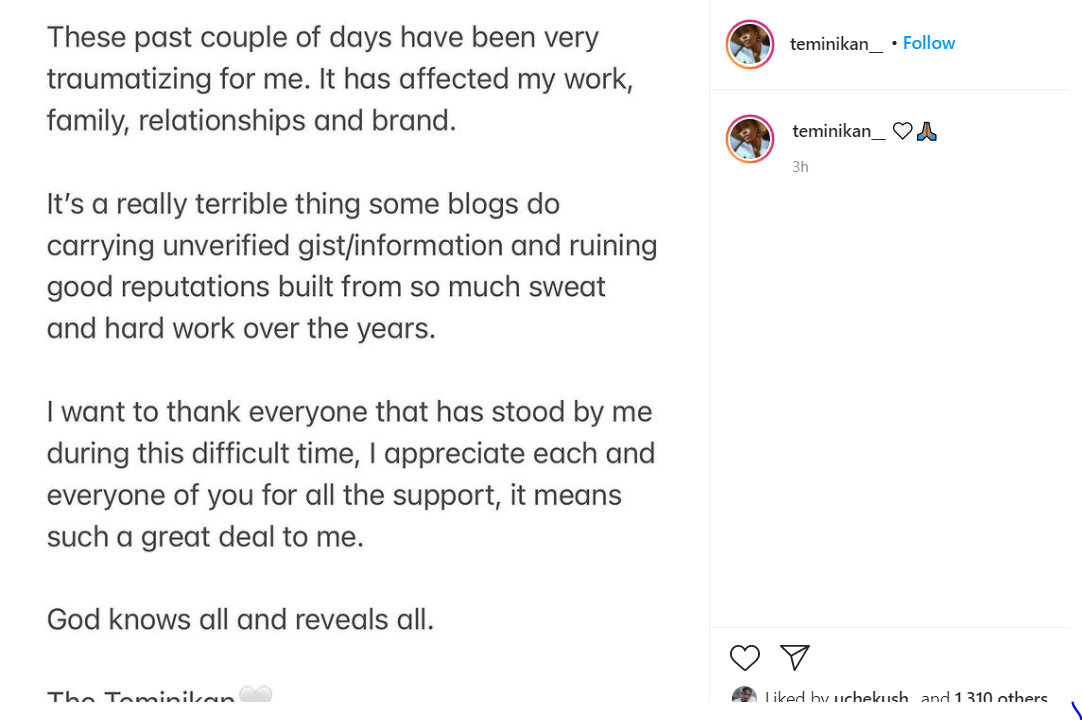