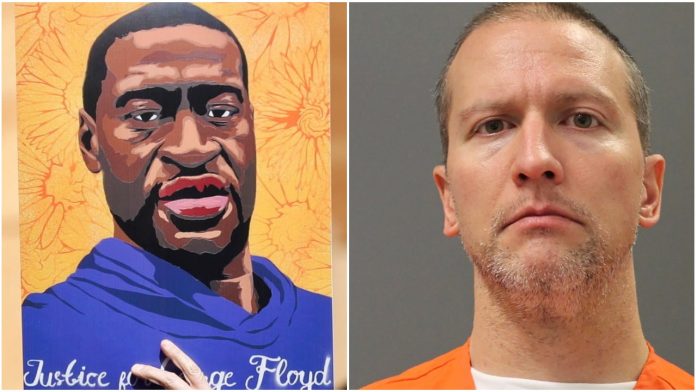 The trial of former Minneapolis Policeman, Derek Chauvin has come to an end earlier today as the Jury has found Derek Chauvin guilty of all murder and manslaughter charges for the police killing of George Floyd.

Chauvin will be sentenced at a later date. He faces a maximum sentence of 40 years in prison.

Ben Crump, the attorney for Floyd’s family, tweeted in response,

“GUILTY! Painfully earned justice has finally arrived for George Floyd’s family. This verdict is a turning point in history and sends a clear message on the need for accountability of law enforcement. Justice for Black America is justice for all of America!”

After listening to three weeks of witness testimony, the jury began deliberating on Monday, April 19 and came to their decision after less than 48 hours.

Last May, Chauvin and three other officers were arrested after Floyd died in their custody. According to prosecutors, Chauvin kneeled on the back of Floyd’s neck for nine minutes and 29 seconds, even as Floyd, who was in handcuffs, said he was struggling to breathe.