Home Entertainment A man that needs multiple women is unhappy with himself — Chioma’s... 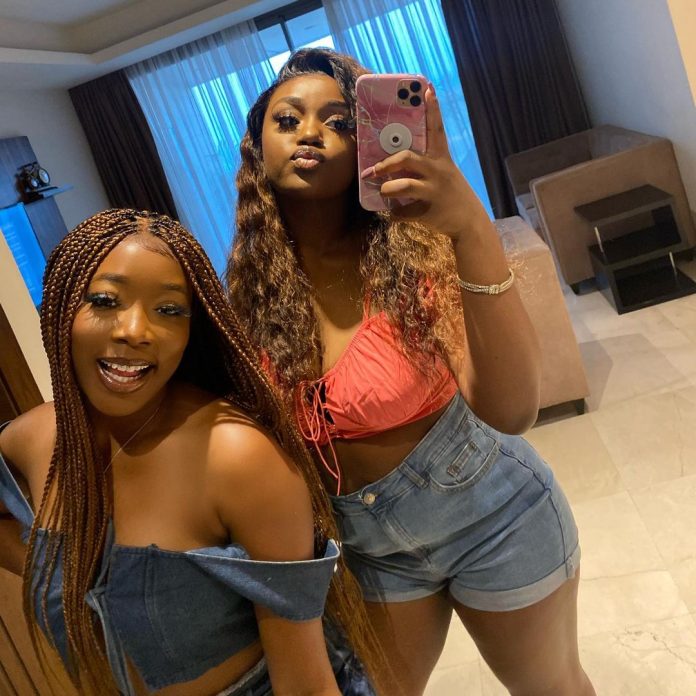 Davido’s Babymama, Chioma has been in the headlines this past week for situations created by her superstar finance Davido and her bestie, Naomi has something to say about it.

Recall back in March, a Viral Video of Davido holding hands with Rapper Young MA ex, Mya Yafai while coming out of a club in the U.S caused a lot of reactions on social media both in Nigeria and in the U.S.

Fast Foward, to three weeks later, which happens to March 31, 2021, an American Sex Worker took to her social media page to drag Davido for failing to pay her after providing services to him. 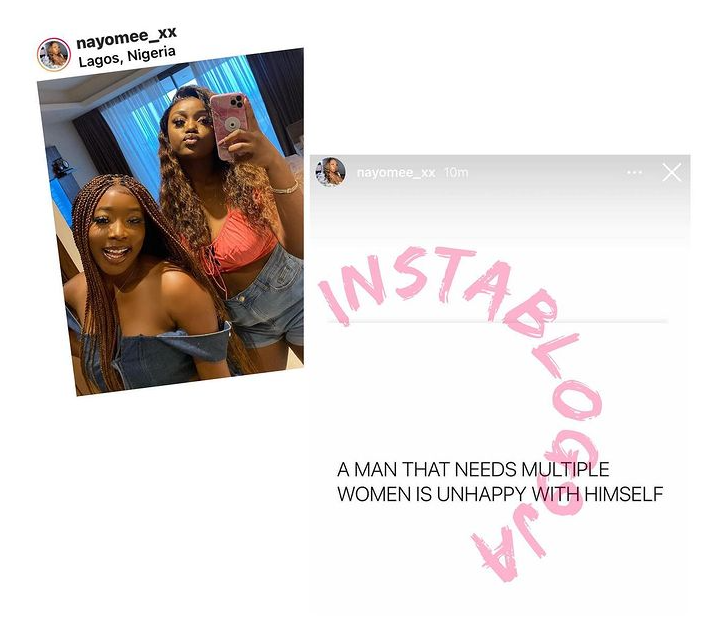 Davido has also been dragged after a photo of Davido kissing his alleged new side chick, Mya Yafai surfaced online.

Reacting to all this drama is Chioma’s bestie Naomi who took to her social media page, revealing that A man that needs multiple women is unhappy with himself.

Chioma herself has stayed silent on all the drama surrounding her fiancee, while focusing on being happy and making her own money and also looking after her son, Ifeanyi.

Johnson Olumide - March 21, 2020 0
Burna Boy shared a video on his IG story showing himself shirtless with British rapper, Stefflon Don. In the video she was already asleep while...

Hate is a silent killer – BBNaija’s Kiddwaya reflects after his short spell on...

Violette - December 29, 2020 0
Big Brother Naija star Kiddwaya has taken to social media to reflect on what he thought about when he was on the sick bed...

“I will leave Music” – Davido announces after his bitter fallout with Burna Boy...

Violette - December 28, 2020 0
Multiple award-winning afropop singer and songwriter Davido have announced that he will be leaving the music industry after his bitter fallout with Burna Boy...

Violette - July 1, 2020 0
Moesha Boduong who is known for showing her back side and her breast is at it again. Just some weeks ago she celebrated her birthday...